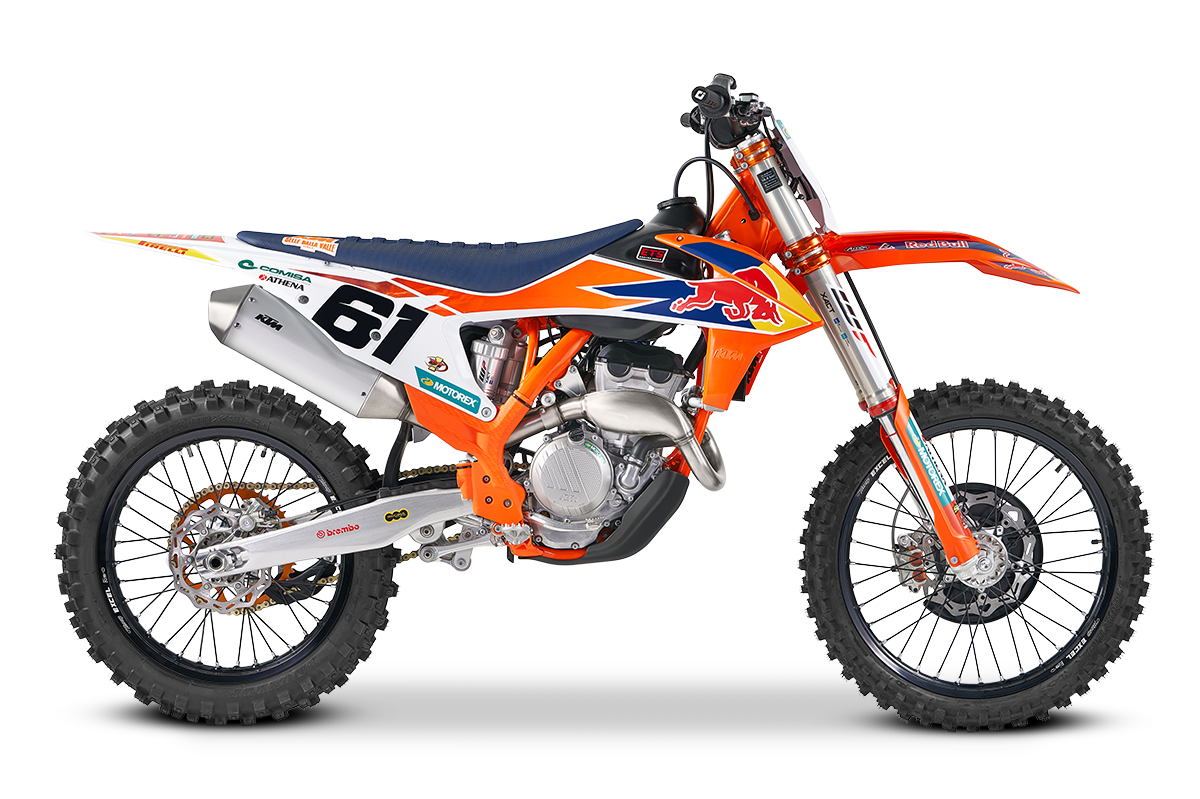 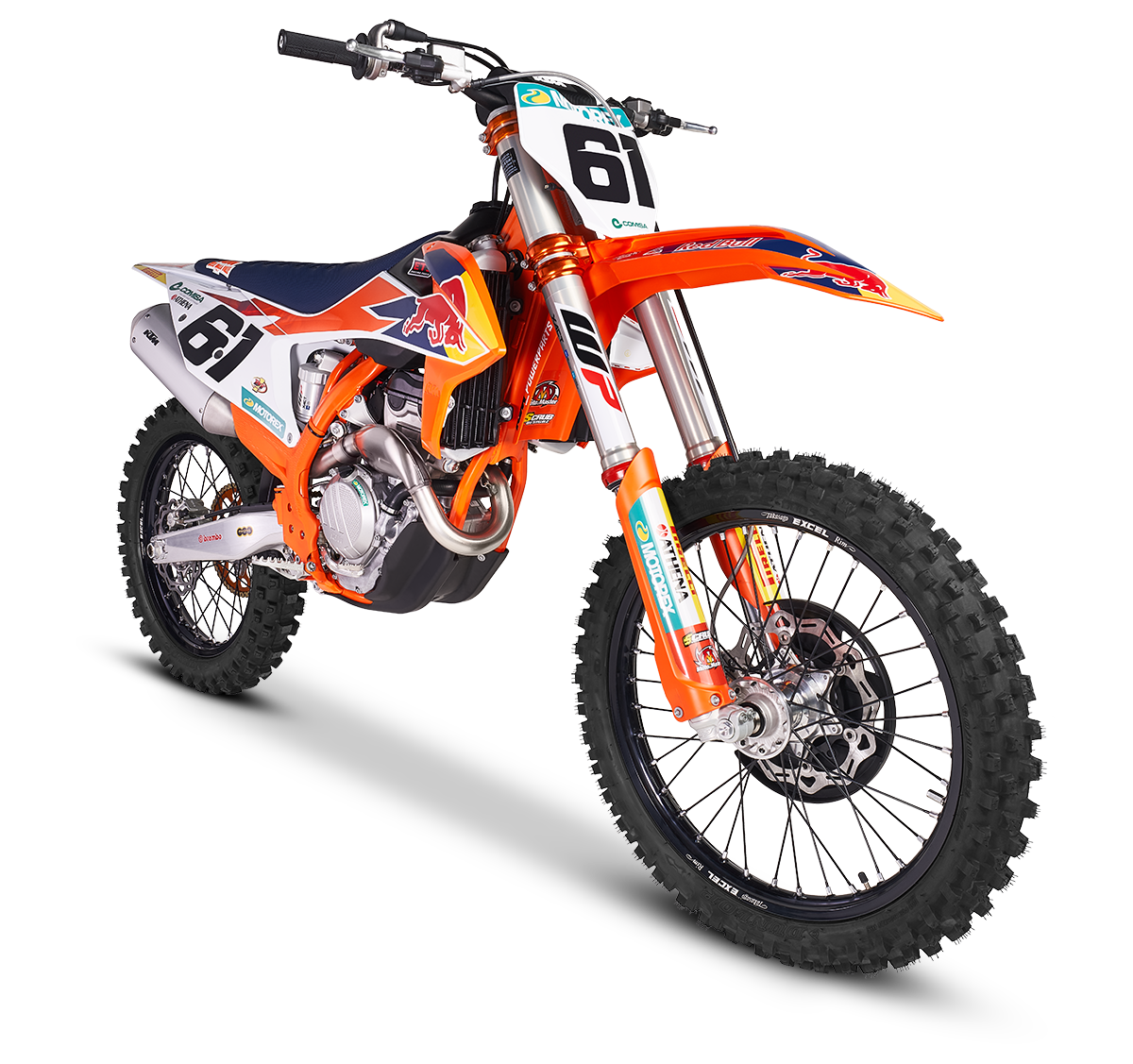 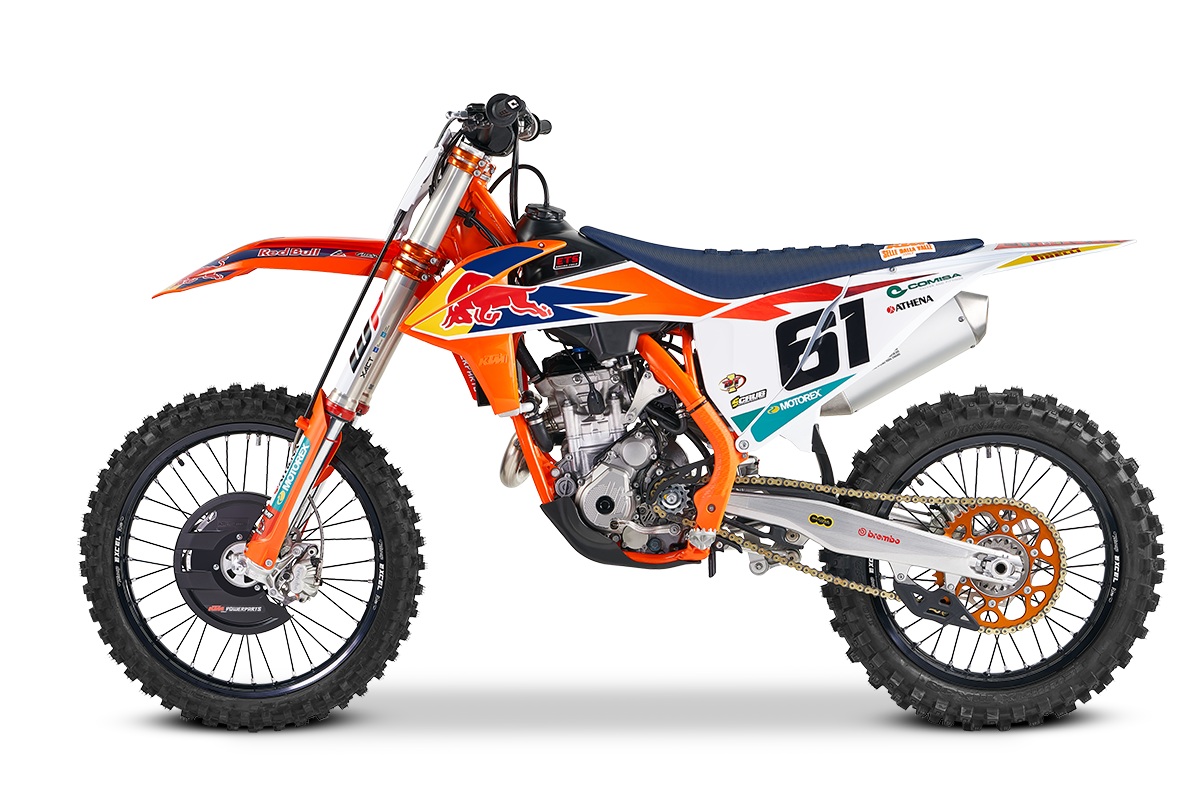 Enquire Now
Calculate Your Finance
See The Bike in Action

Jorge Prado is primed for global domination and like the KTM 250 SX-F, is set to continue his supremacy well into the future.

This talented young rider has the eyes of the world on him and with three World Championships to his name already, is surpassing all expectations. The KTM 250 SX-F forms the base of the Factory machines that have powered him to his last two FIM MX2 World Championship titles. And now, to inspire other young riders to go out and do the same, KTM presents the 2020 KTM 250 SX-F PRADO. This lightweight motocross machine offers an unrivalled, confidence-inspiring power delivery, making it a great choice for both amateur and professional riders. With original FACTORY graphics from Prado’s world championship bike, this capable package makes a powerful statement about its race-winning intentions and backs it up with the proven credentials to get to the chequered flag first.

What's different to the standard version? This READY TO RACE machine offers premium components such as Factory triple clamps anodized in orange, a composite skid plate and a Selle Dalla Valle Factory seat. In addition, this sublime model that formed the basis of Prado’s championship winning bike has a race-inspired orange frame, semi-floating front disc, a front brake disc guard, an orange rear sprocket, a Regina gold chain and of course Red Bull KTM Factory Racing style graphics with Prado’s number ‘61’ front and rear. For riders who want the sharpest weapon with an exclusive specification, they should look no further than the KTM 250 SX-F PRADO.