KTM News: #222 TO BE ‘RETIRED’ FROM MXGP COMPETITION IN HONOR OF TONY CAIROLI’S OUTSTANDING CAREER 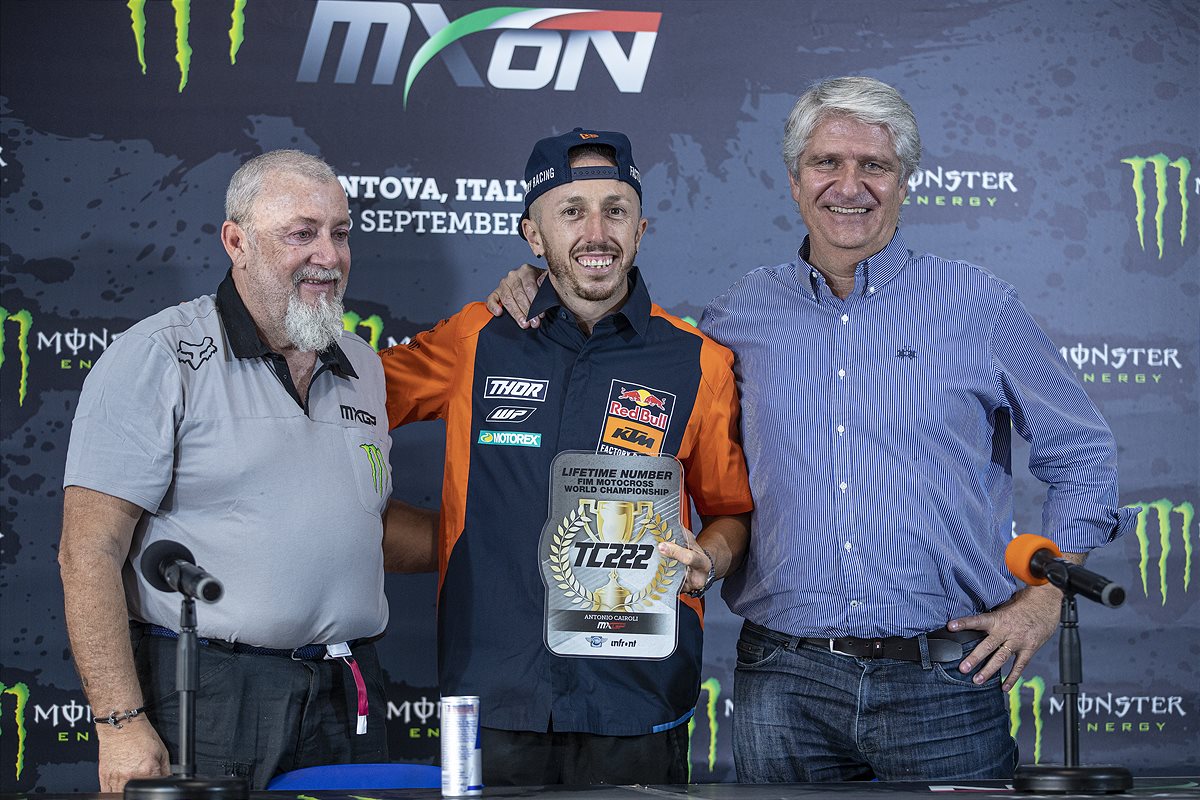 Long-term FIM Motocross World Championship promoters Infront Motor Racing, together with the FIM, have decided to retire the #222 in honor of Red Bull KTM Factory Racing’s Tony Cairoli who will draw the curtain on a glorious 18-year career at the season-ending Grand Prix of Cittá de Mantova at Mantova on November 10th.

The recently turned 36-year-old announced his transition away from full-time MXGP racing into a new role with the KTM family at a special event in Rome on September 14, 2021.

Cairoli, who started his Grand Prix career in 2004 and claimed nine world championships – two in MX2 and seven in the MXGP premier class – is statistically amongst the most successful athletes in the history of the sport. He currently has 93 GP overall victories and celebrated six of his crowns with KTM machinery.

Cairoli was the dominant MXGP figure of the ‘10s and he ruled the division between 2009 and 2014 and then triumphed again in 2017. He remains in the running for the 2021 title for what could be his 15th top-three classification in a championship campaign.

Infront Motor Racing officially retired the #222 – which Cairoli has worn consistently since 2007 – at the FIM Motocross of Nations and during a surprise ceremony as a special tribute to Tony’s astounding career. No other racer than Tony Cairoli will be able to race the #222 in MXGP competition in the future. 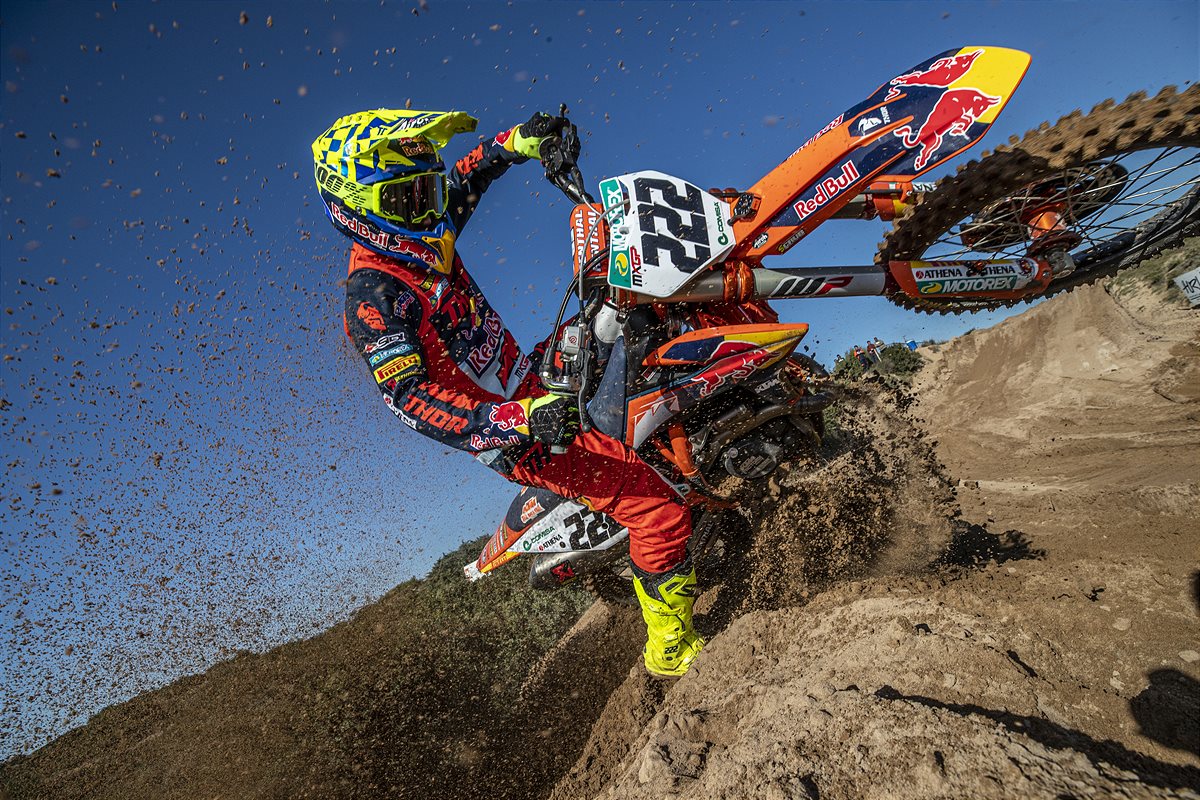 Pit Beirer, KTM Motorsport Director: “We’ve had the privilege to be part of Tony’s story since 2010. We know how much we value him as a person and as one of the best riders the sport has seen, and it special that the rest of MXGP feel the same way with this retirement of his number. #222 belongs to Tony. He owned MXGP for a time when he changed the game and brought so much dominance to the championship. He raised it to a new level for riders while also showing a passion for racing that allowed him to have such a long and amazing career. Thanks to Infront Motor Racing and to the FIM for making this gesture. It’s not often a remarkable athlete like Tony comes along.”

Giuseppe Luongo, President of Infront Motor Racing: “Antonio has made a big contribution to the history of MXGP, not only with his numerous titles but also with his behavior, with his respect and with his fairness. He is an example for all young riders. We will miss Antonio on the race track but hopefully we will not miss him in our world where he will continue to offer his experience and knowledge to the next generations. Antonio, thank you for all you have offered and you continue to offer to motocross.” 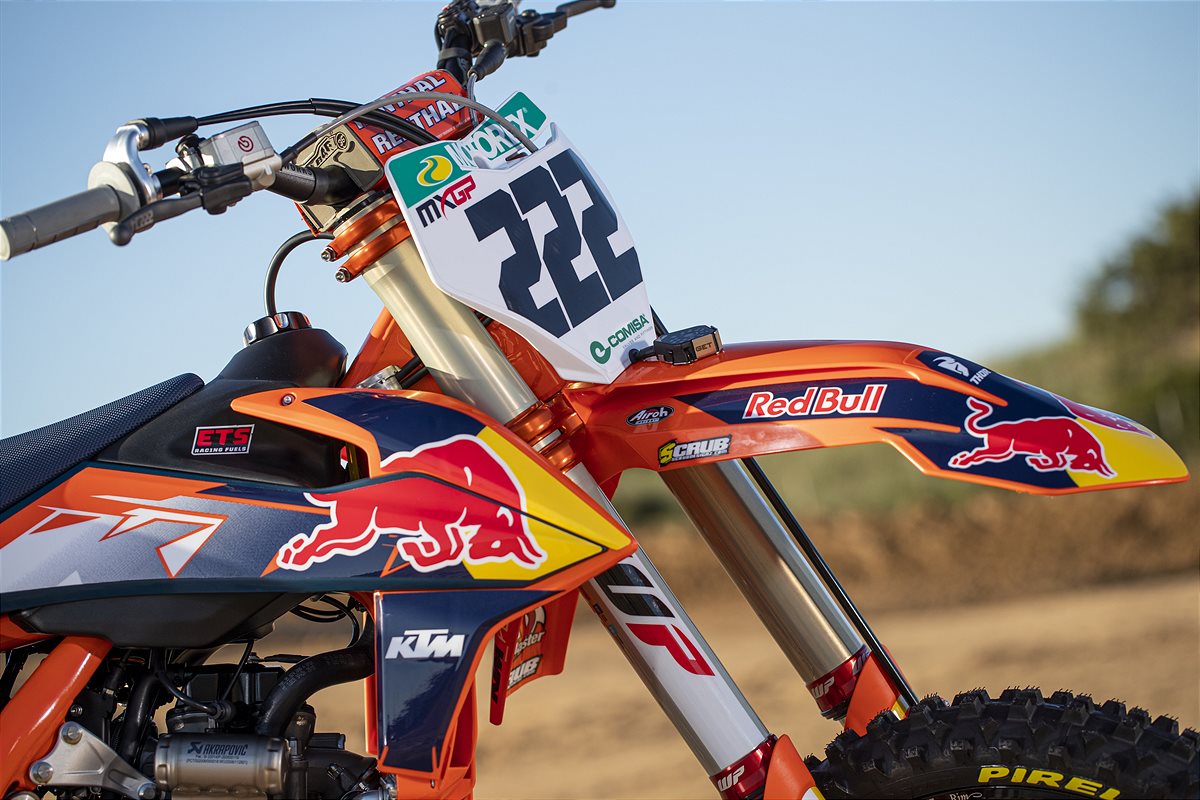