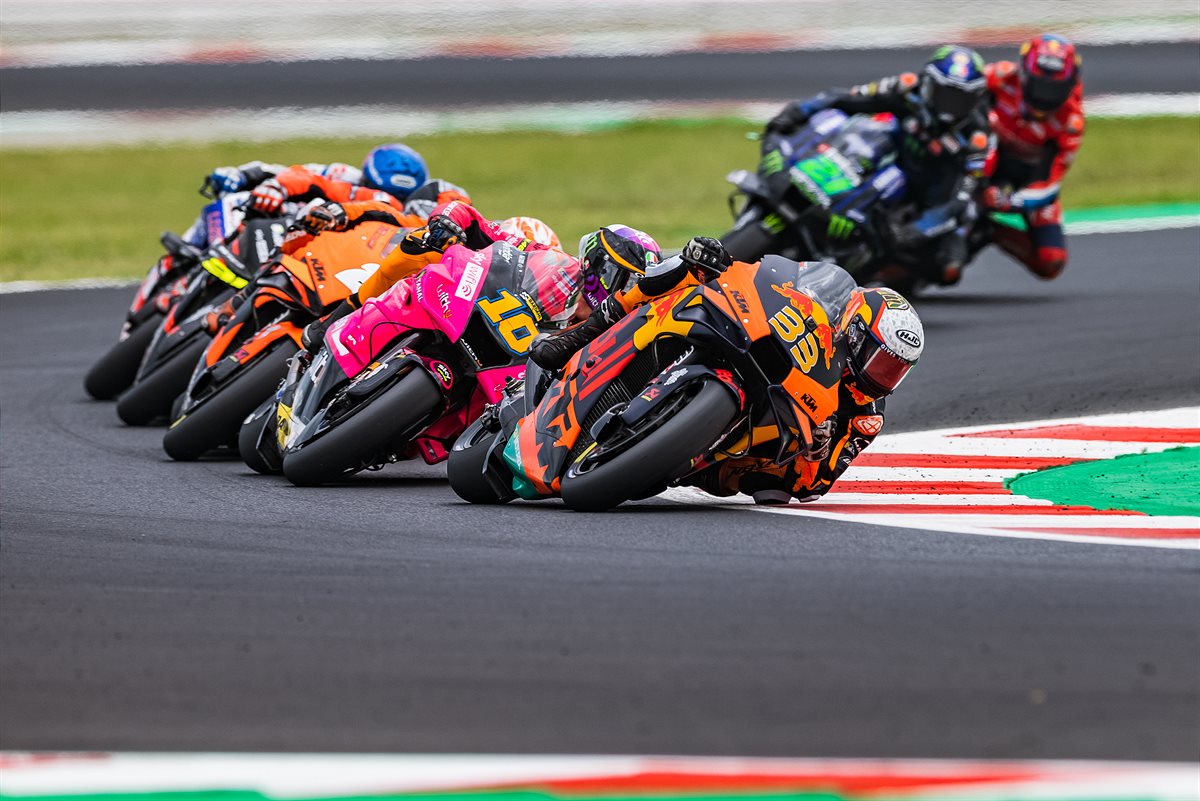 The first of two visits to San Marino in the final five rounds of 2021 MotoGP was a tricky proposition for teams and riders with sunny and warm conditions mixed with the threat of stormy showers. Free Practice 2 on Friday afternoon was already a wash-out and looming clouds by the time of the 27-lap MotoGP race on Sunday afternoon caused concern that there would be another radical change in the climate.

In the end the event remained dry and the KTM MotoGP contingent started from the sixth, seventh and eighth rows of the grid with Binder the further forward in 17th place. The South African immediately started to push up the order and hovered on the edge of the top ten. As other riders made mistakes and faltered Binder arrived to 10th and then sought to attack Takaaki Nakagami for 9th and made his move with five laps to go.

Tech3 KTM Factory Racing’s Danilo Petrucci rode to 16th place, just missing out on the points, while Iker Lecuona crashed after 14 laps. Miguel Oliveira endured a tough race after contact with Lecuona through the opening tight chicane section smashed part of his fairing aerodynamics. The Portuguese completed the distance in 20th. 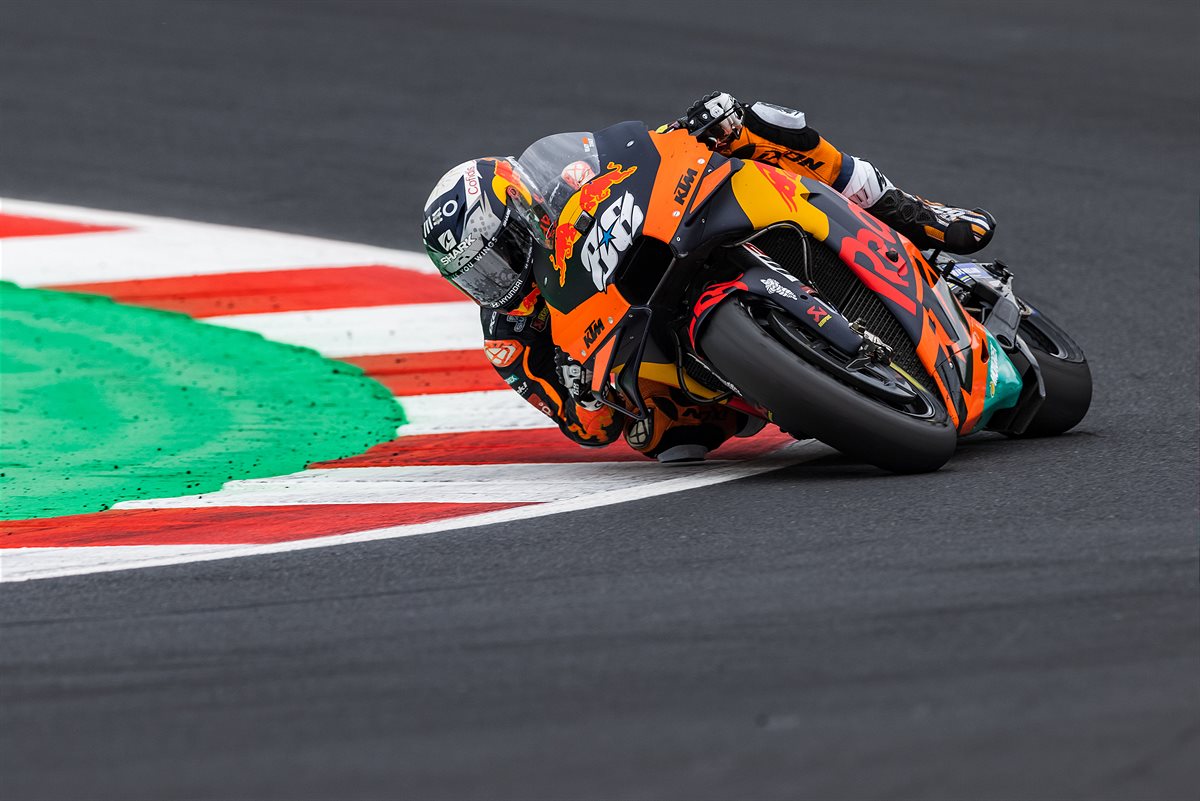 MotoGP maintains a busy schedule. The penultimate test session of the year will take place at Misano on Tuesday and Wednesday and then the teams will travel outside of Europe for only the second time in 2021 to make the journey to North America. COTA in Austin, Texas will be the scene of round fifteen and the Red Bull Grand Prix of the Americas on October 3rd.

Brad Binder: “I gave my max today from lap one until the end. I feel we made an improvement from yesterday to today and that was clear from the morning and warm-up. We finished 9th when I struggled to break through the top 17 all weekend, so hats off to the boys, they are working hard. We need to keep grafting. We have the test coming up so we need some more understanding and then we’ll be back to where we need to be.”

Danilo Petrucci: “It was a really difficult race. We managed to have a better pace compared to practice. I didn’t expect to be faster and consistent like this, to be honest. I struggled a lot but I tried my best to at least score one point. in the last four laps, I was pretty much done with myself and fought with the bike. In the end, we finished the race and we have a test coming up, in which we will try to work on our weaknesses.” 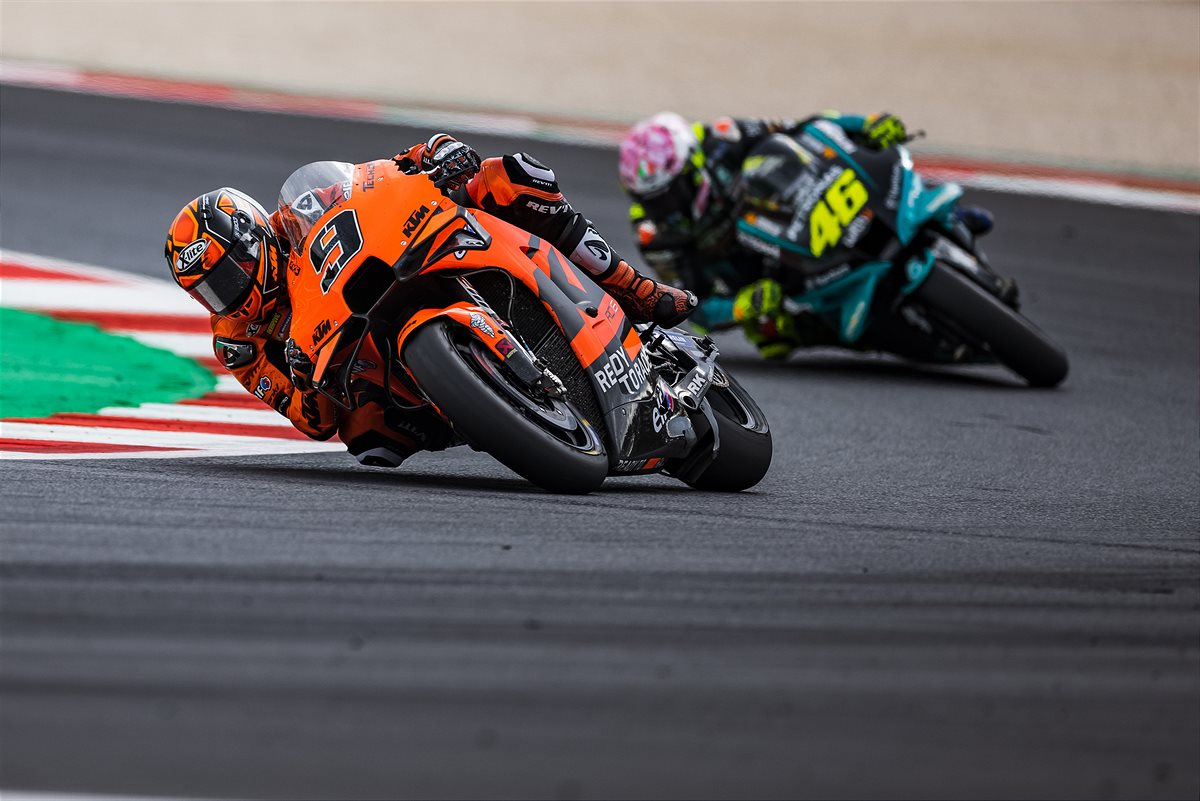 Miguel Oliveira: “In the third corner I tangled with Iker and it broke my left wing. It was tough after that because the bike was unbalanced but I guess that’s’ what can happen when we qualify down the grid. We need to find some more speed to qualify better; that’s the immediate goal now. We had made a step with the bike in the right direction in the morning and the race looked promising until the incident with the wing. I didn’t have the tools then to do anything better than we did. We’ll now split the work at the test between what we might need for the rest for the season and for next year.”

Iker Lecuona: “We changed the bike a lot during the weekend. This morning in the Warm Up we tried a different base. For the race, we tried another base but somehow nothing was working. In the first ten laps I was in the mid-group of the race, fighting close to the top 10. Finally, I lost the rear in Turn 4. We don’t understand why. We will see if we can improve something during the test as we have another race here in Misano.”

Mike Leitner, Red Bull KTM Race Manager: “A top ten is not a bad result and we were close to 8th today. It was another tough start for us at this GP with the wet sessions. As a group we are not satisfied with 9th but we have to be realistic and the competitiveness of this category means that if everything is not 100% then it is hard to fight for anything more. Miguel was unlucky to have some contact on the first corner and broke part of the fairing that meant it was horrible for him to ride. It was as shame because he was feeling good after warm-up and had a good feeling [for the race]. We cannot really judge this result today. The team worked well and worked hard. We have a two-day test ahead now with some ideas for next year and I hope we’ll have a few features that might also help us for these last four races.” 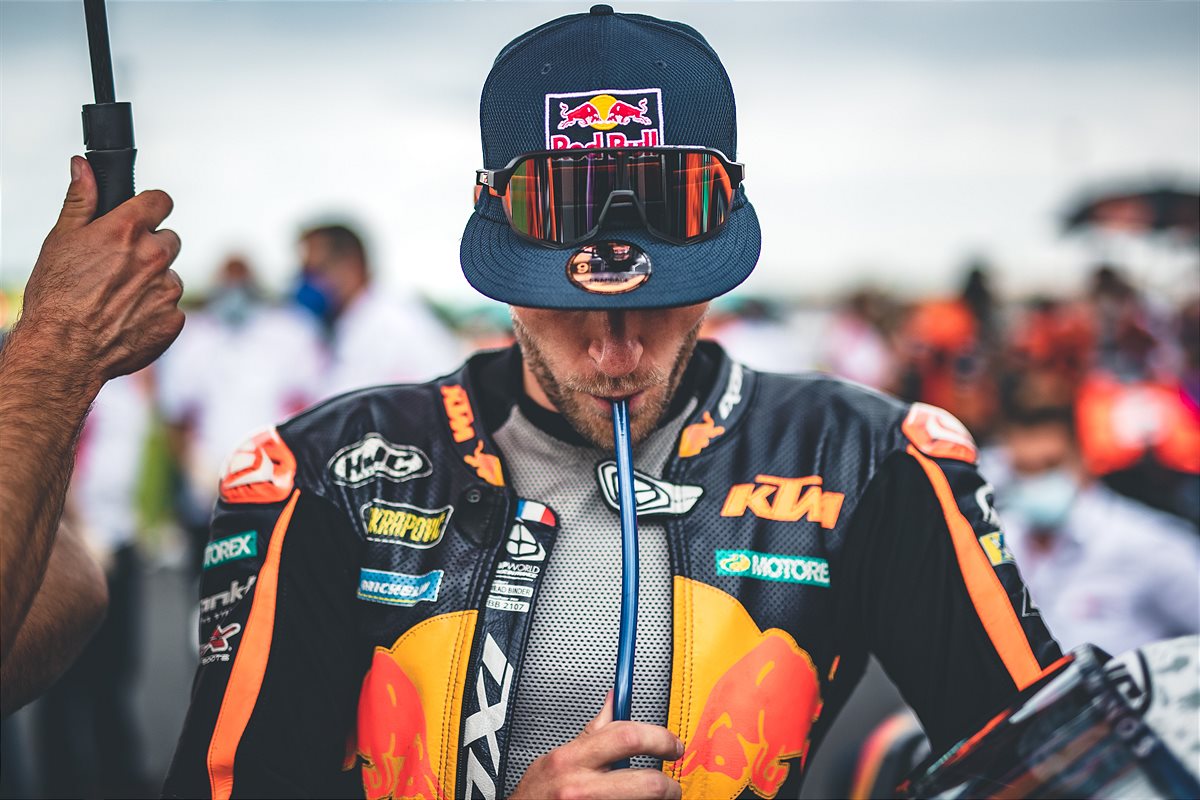 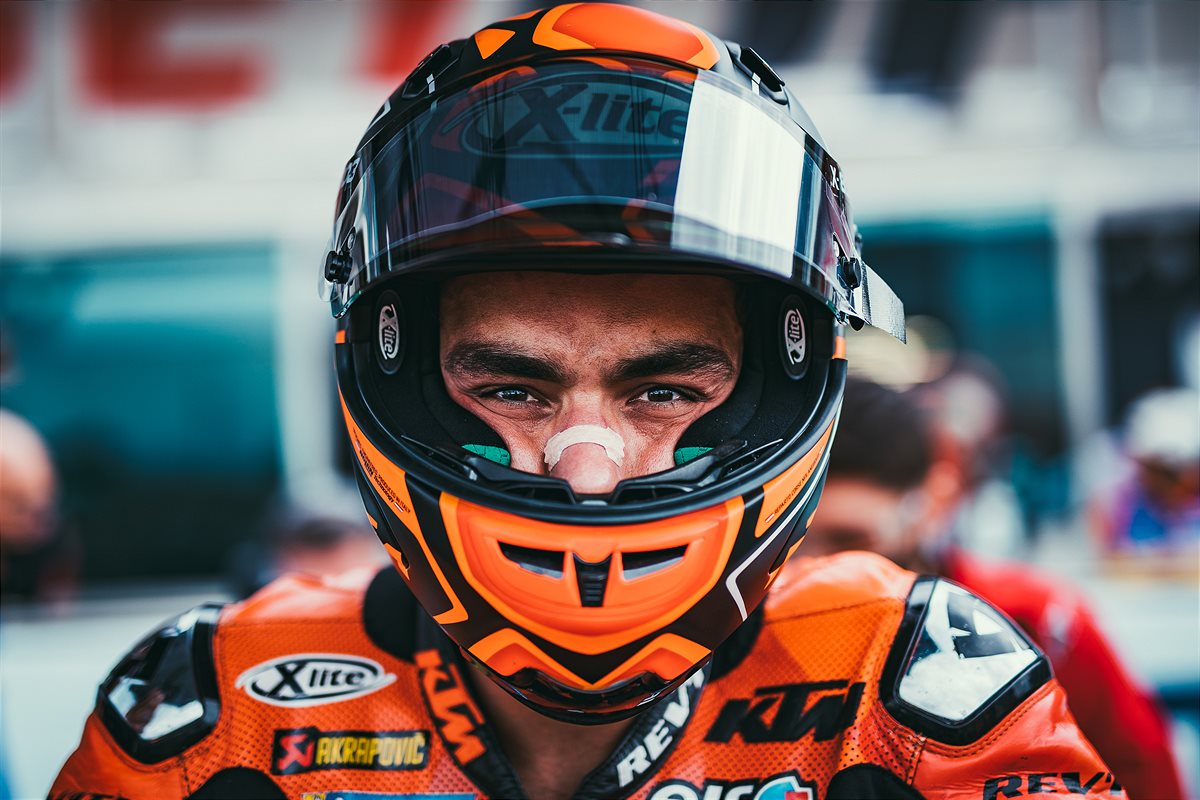 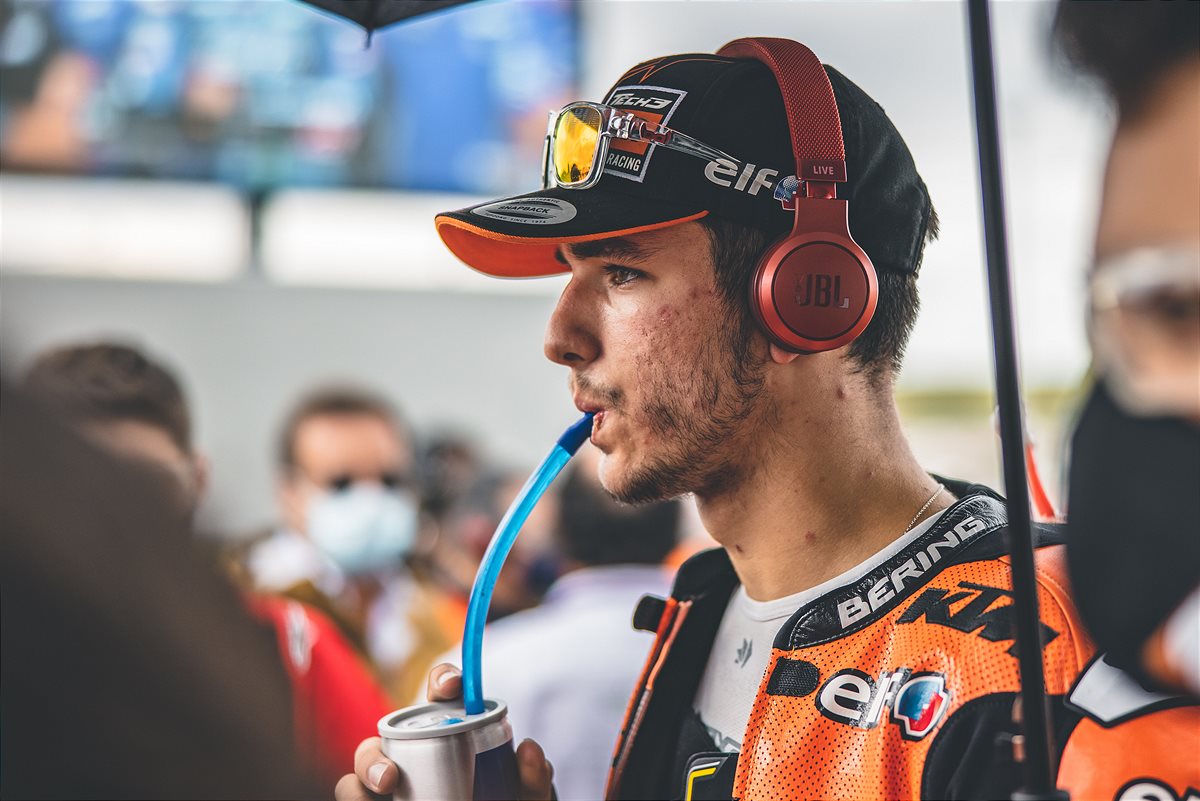 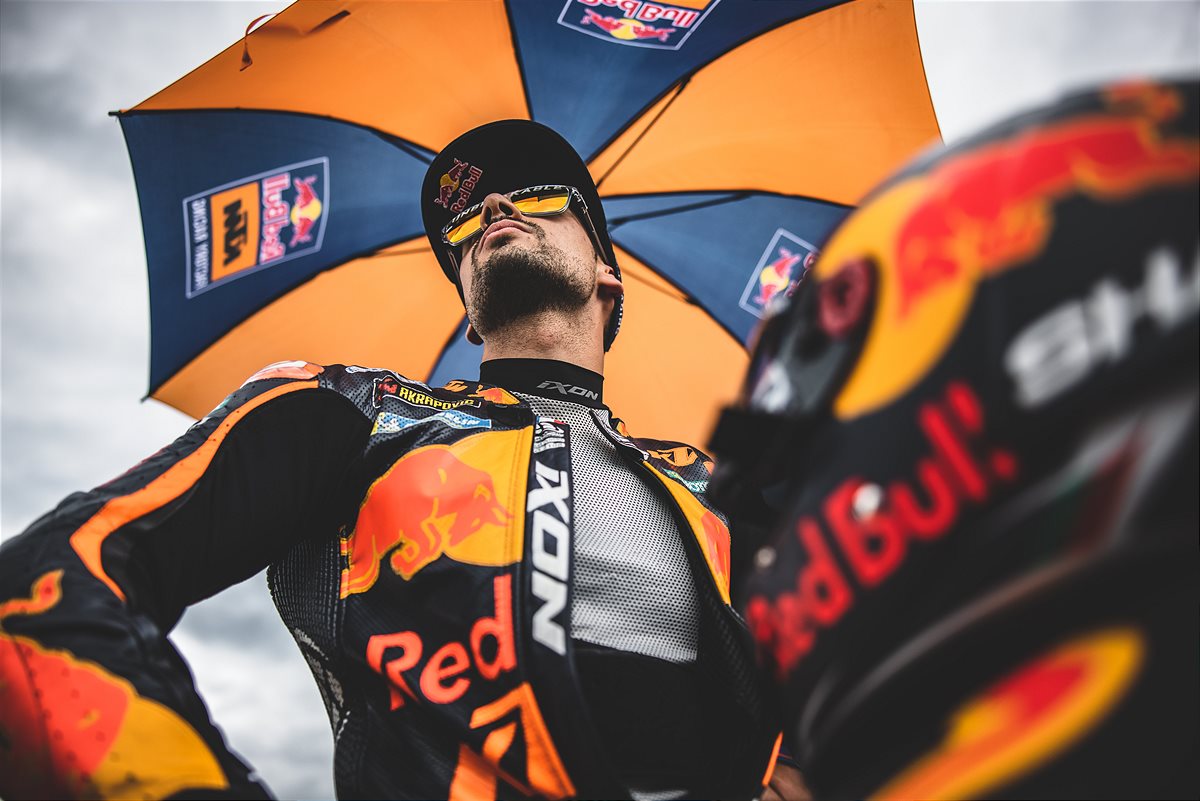 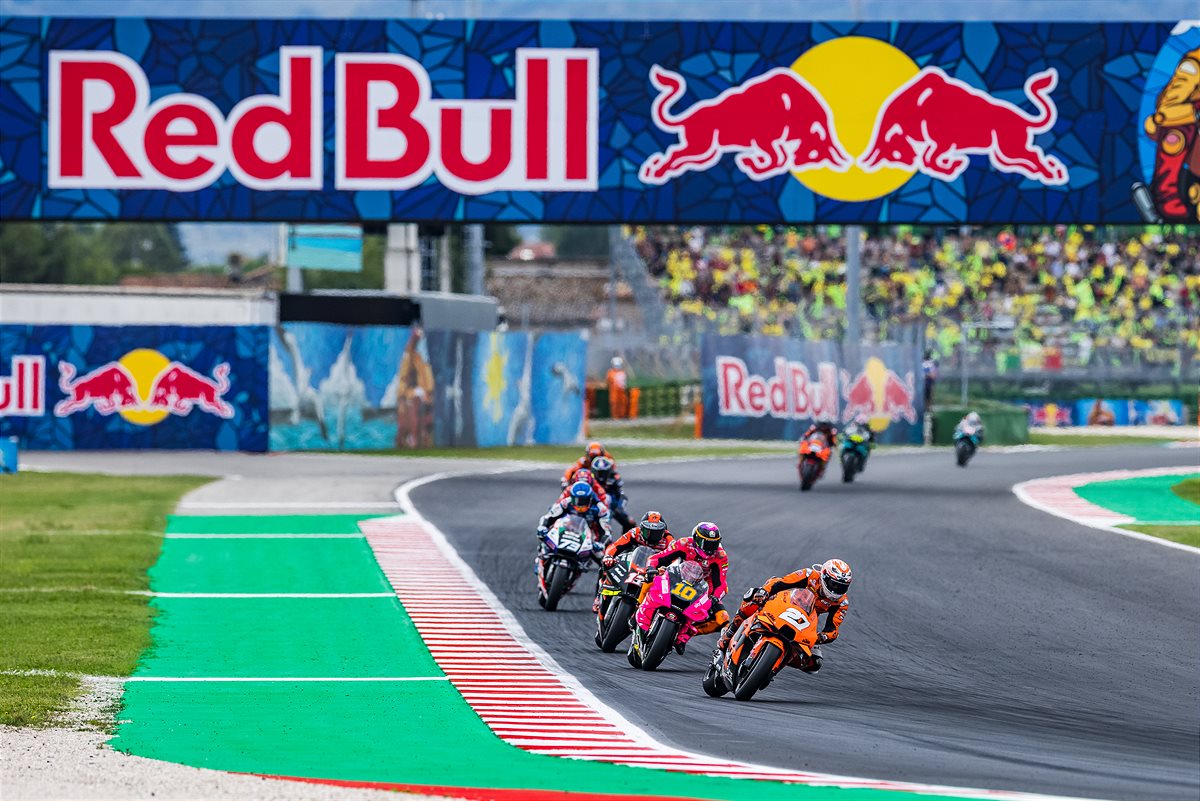 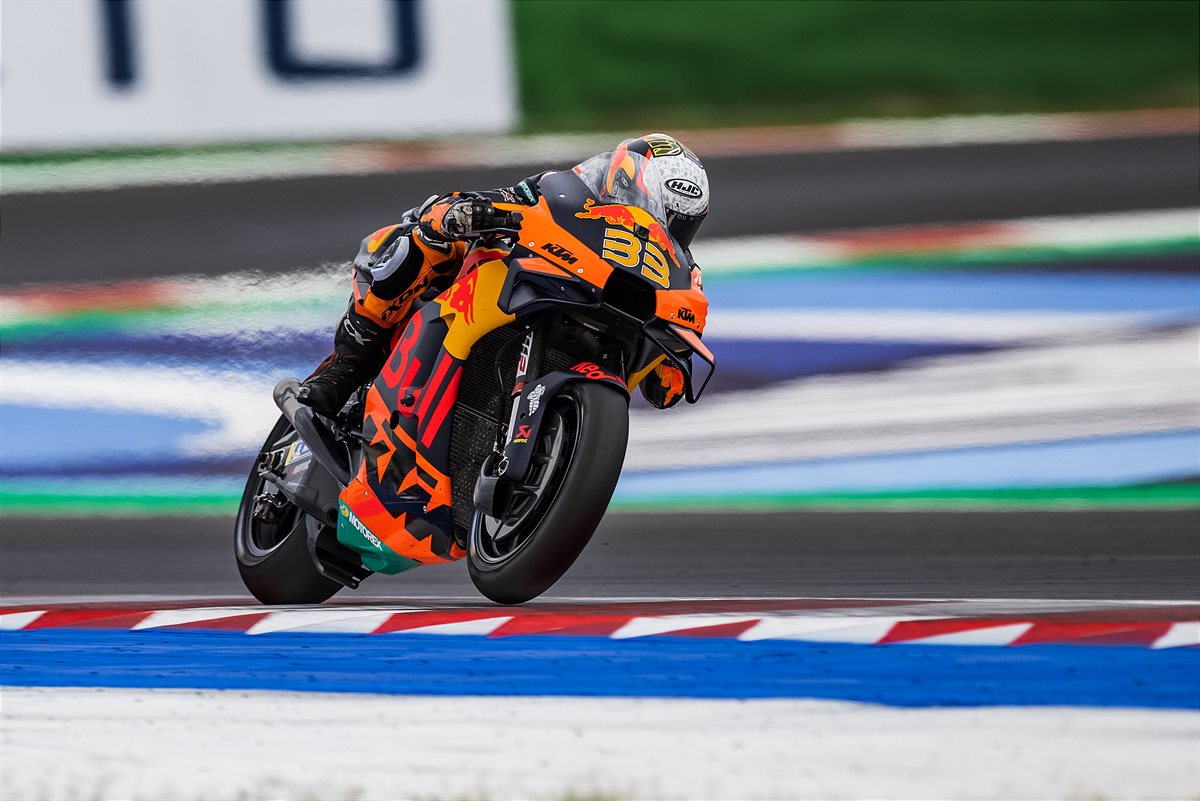