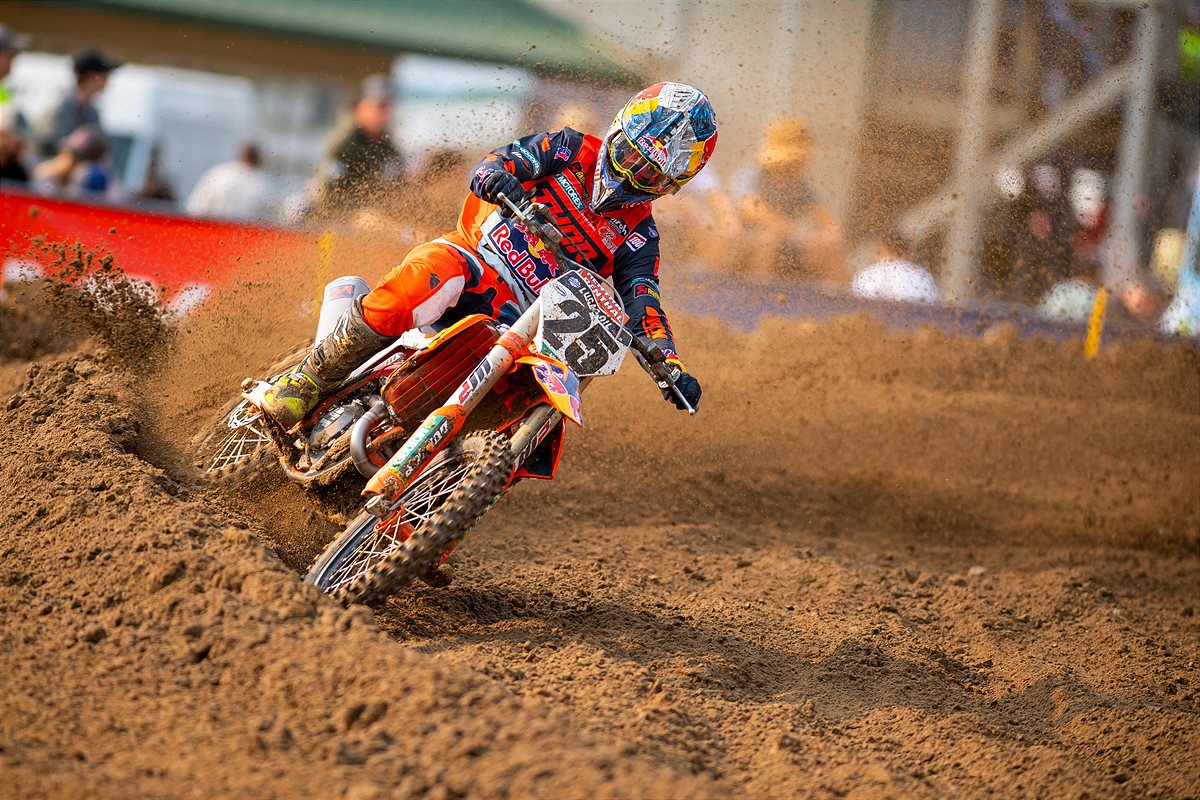 MILLVILLE, Minn. – The 2021 AMA Pro Motocross Championship reached its halfway point on Saturday with the sixth round taking place in Millville, Minnesota with the Spring Creek National. Red Bull KTM Factory Racing’s Marvin Musquin came away with a consistent seventh overall in the 450MX class, while rookie teammate Max Vohland put in some solid laps up front to earn 11th overall in the 250MX class.

In the 450MX division, Musquin had a decent qualifying position in sixth but he got shuffled back off the start in Moto 1 to give himself a ninth-place position on the opening lap. He immediately worked his way up to seventh and battled around there for the rest of the race, ultimately securing eighth. In Moto 2, he found himself just inside the top-15 off the start and he went to work once again climbing through the field. Reaching eighth just before the halfway point, Musquin maintained a steady pace for the second half of the race to claim another eighth-place moto finish. With 8-8 scores, Musquin was able to match his season-best of seventh-place at Spring Creek.

Musquin: “I had a good second practice with a better feeling on the bike, which was nice, but both of my starts were no good. My jump was okay but I was never able to get it done in the first lap. It made it really hard on me to come back and I finished two times in eighth place. It’s not what I want but it’s a better feeling and I need to keep building the physical part and push through it even more.”

Cooper Webb started off Moto 1 with great momentum, powering his KTM 450 SX-F FACTORY EDITION into third on the opening lap. He diced back-and-forth with the lead pack early on, maintaining a podium position for the first four laps. A mistake dropped him back to sixth mid-way through and he managed that position for the remainder of the race. In Moto 2, Webb put himself into another favorable position off the start as he battled just outside podium contention early on. On lap four, Webb unintentionally came together with another rider mid-air and found himself tumbling off the track with a hard hit to the ground. After taking some time to re-group after the crash, Webb attempted to continue on but his bike was untraceable, leaving him to finish 23rd in the moto and 15th overall for the day.

Webb: “It was an up-and-down day for me. I ran up front for a bit in Moto 1 but I kind of lost some ground early on. I made a real charge at the end to almost get Plessinger for fifth, so I was pumped on that. Second moto, I was trying to get into third to hopefully set myself up for an overall podium but I had an incident with another rider and I ended up crashing pretty bad. It took me a while to get up and I’m glad I’m okay, just a little sore, but the bike was super bent up so I wasn’t able to finish.”

In 250MX racing, rookie Max Vohland had a standout performance at the beginning of Moto 1, where he grabbed a great start aboard his KTM 250 SX-F and challenged for the lead early on. Situating himself into fourth after an intense first few laps, Vohland continued to hang tough inside the top-five alongside the championship front-runners. A couple mistakes dropped him back a few spots to ultimately finish ninth. In Moto 2, he didn’t get the best start and he came through in 20th on the opening lap. Vohland put his head down and charged his way up to the top-10 battle mid-way through the race, ultimately claiming 13th in the second moto and 11th overall on the day.

Vohland: “Today went pretty good. I qualified P8, which was my best qualifying position so far this year, and it gave me a good spot on the gate. I ended up starting second in the first moto and was running up front for the majority of the moto but I made some mistakes and went back to ninth. Second moto, I had the opposite start and worked my way up to 13th. I’m looking forward to Washougal.”

It was a challenging day for Kailub Russell, who came into the weekend under the weather. He fought hard in the first moto to come away with a 28th place finish and he ultimately made the tough decision to sit out of Moto 2 and give himself some time to recover.

Kailub Russell: “In Moto 1, I was around mid-pack off the start and I had a slide out on the first lap that dropped me way back. I tried to get a flow and put in some good laps, but I was having a hard time and struggling with being a bit under the weather. I didn’t feel it was a good option for me to just go out and burn fuel in Moto 2 with not being able to fully-recover physically from Moto 1.”

The AMA Pro Motocross Championship returns to racing next Saturday, July 24 for the Washougal National in Washougal, Washington. 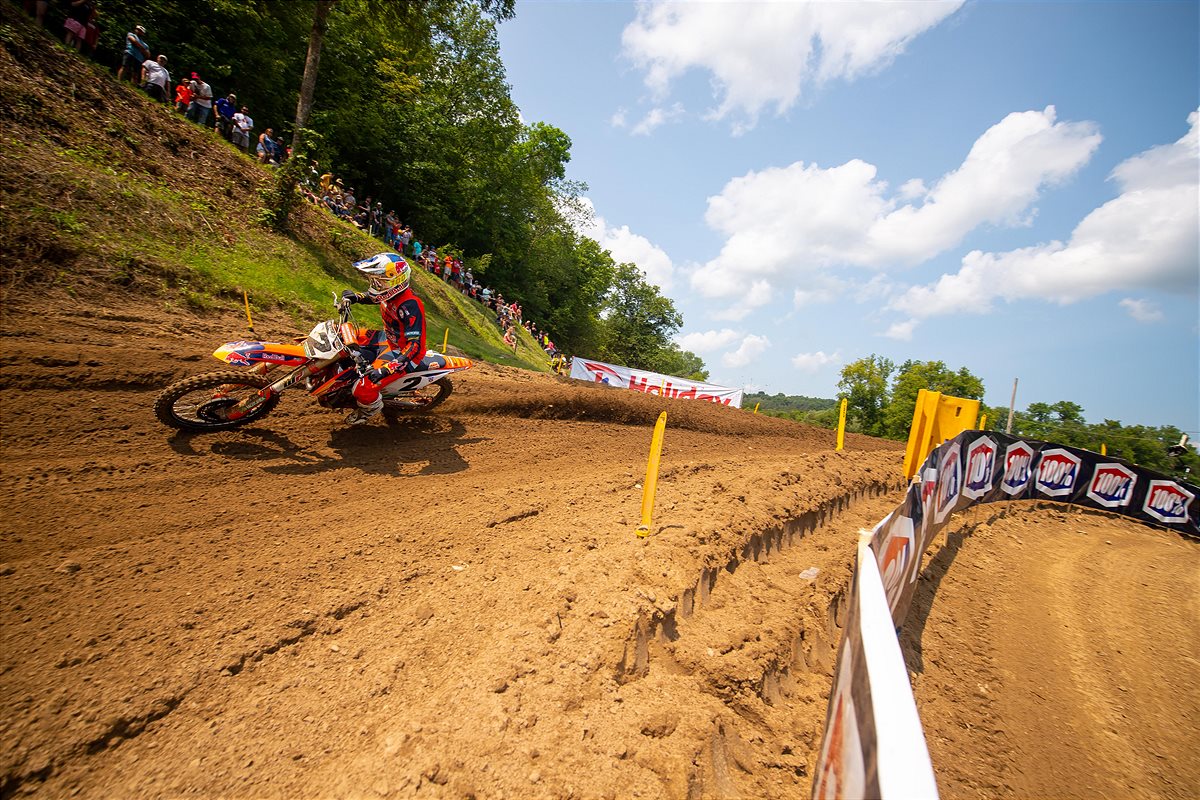 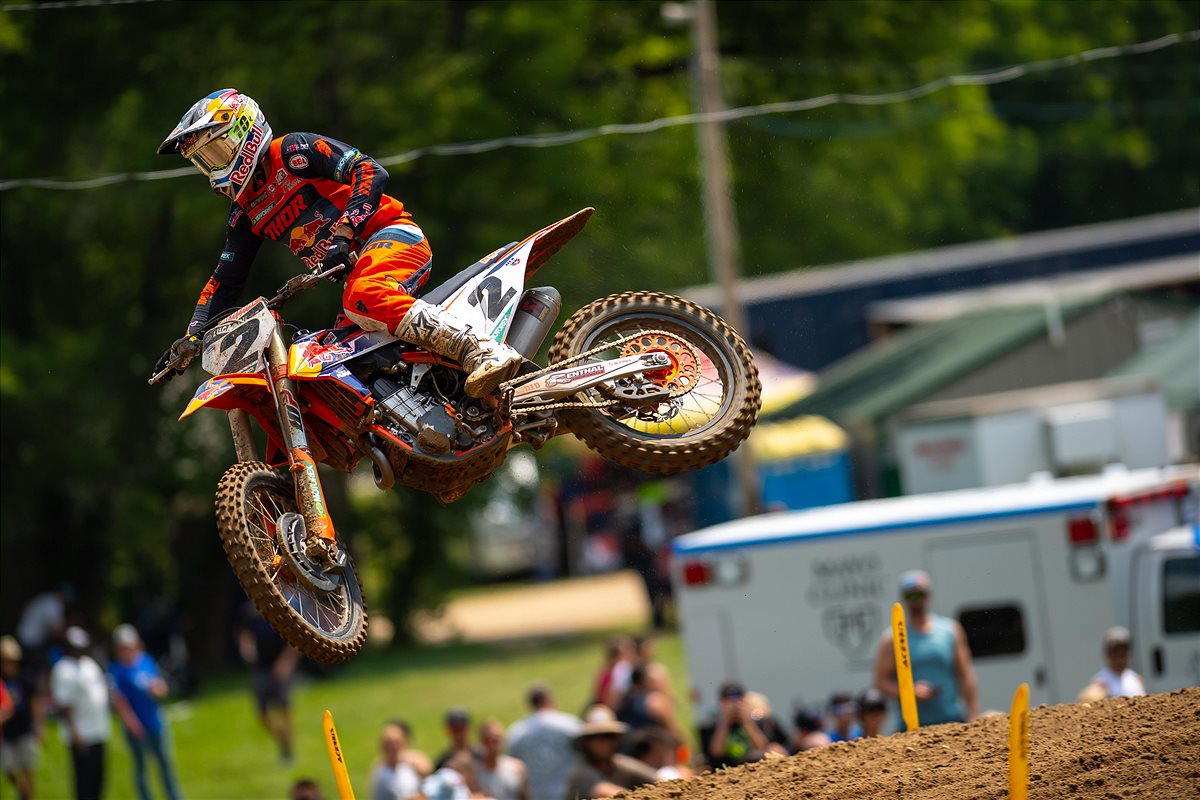 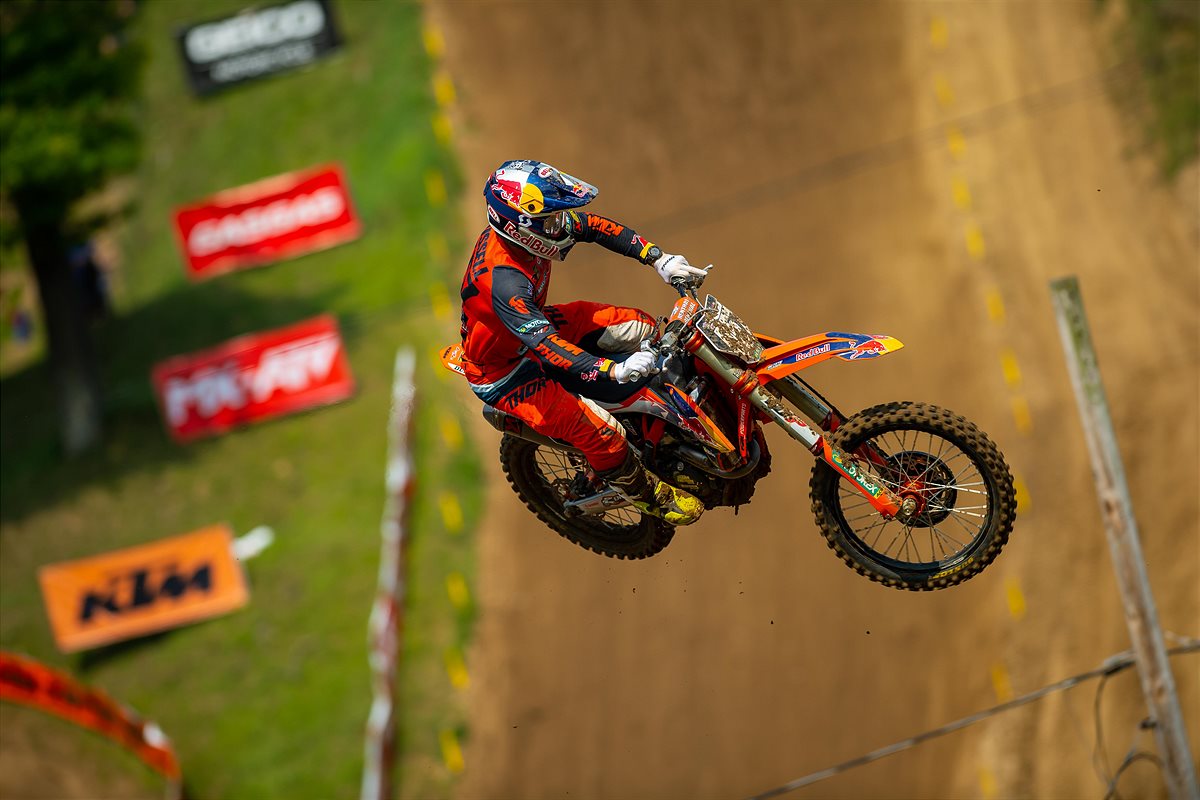 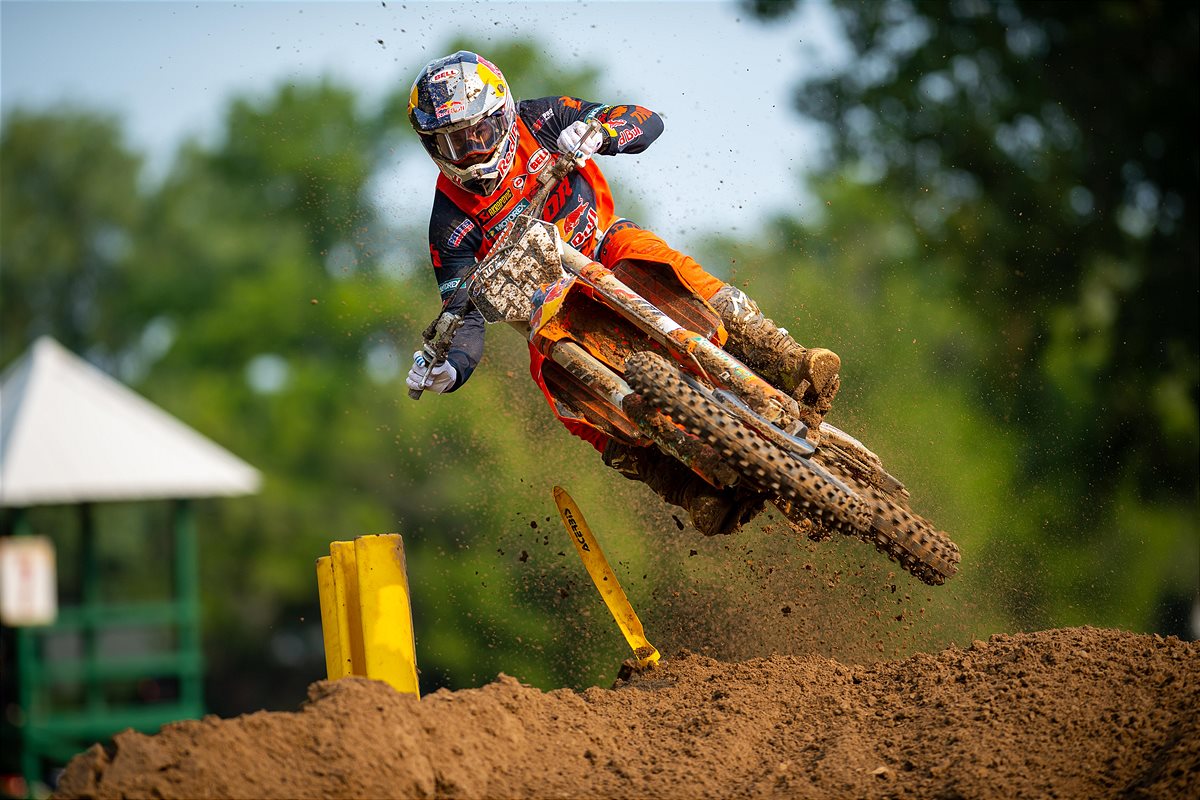 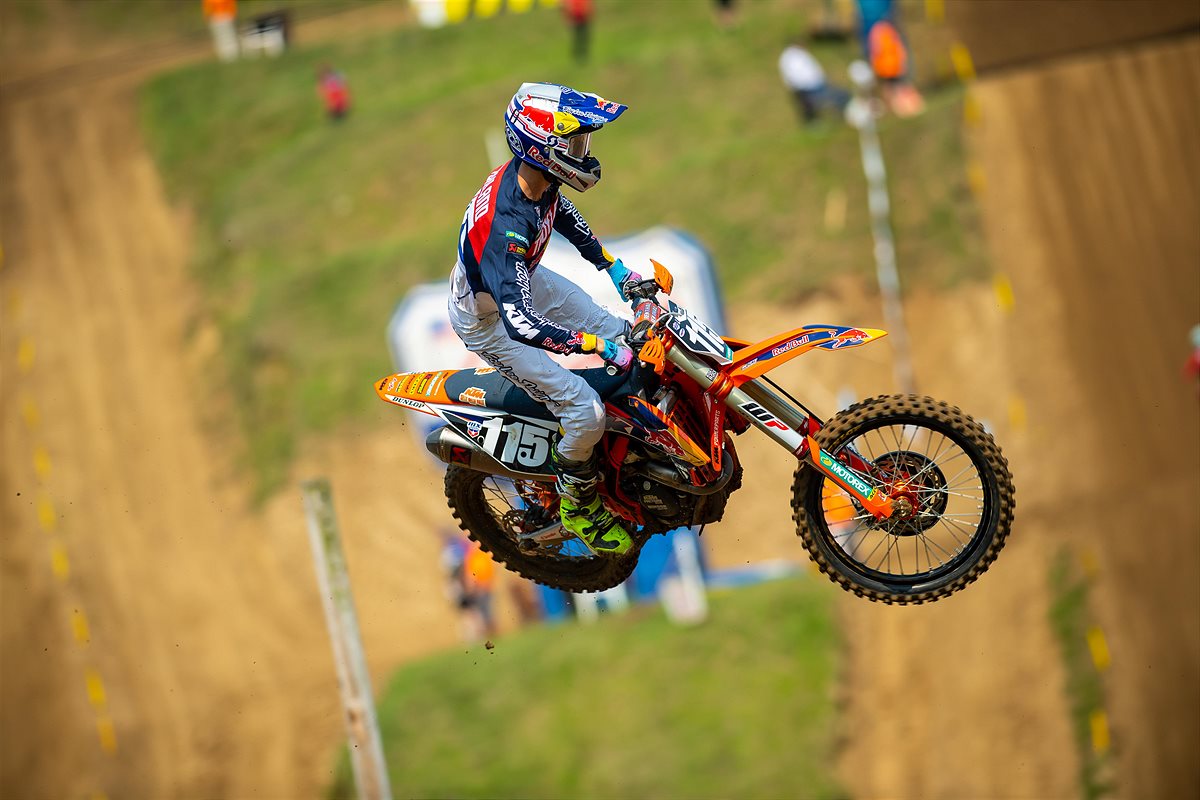 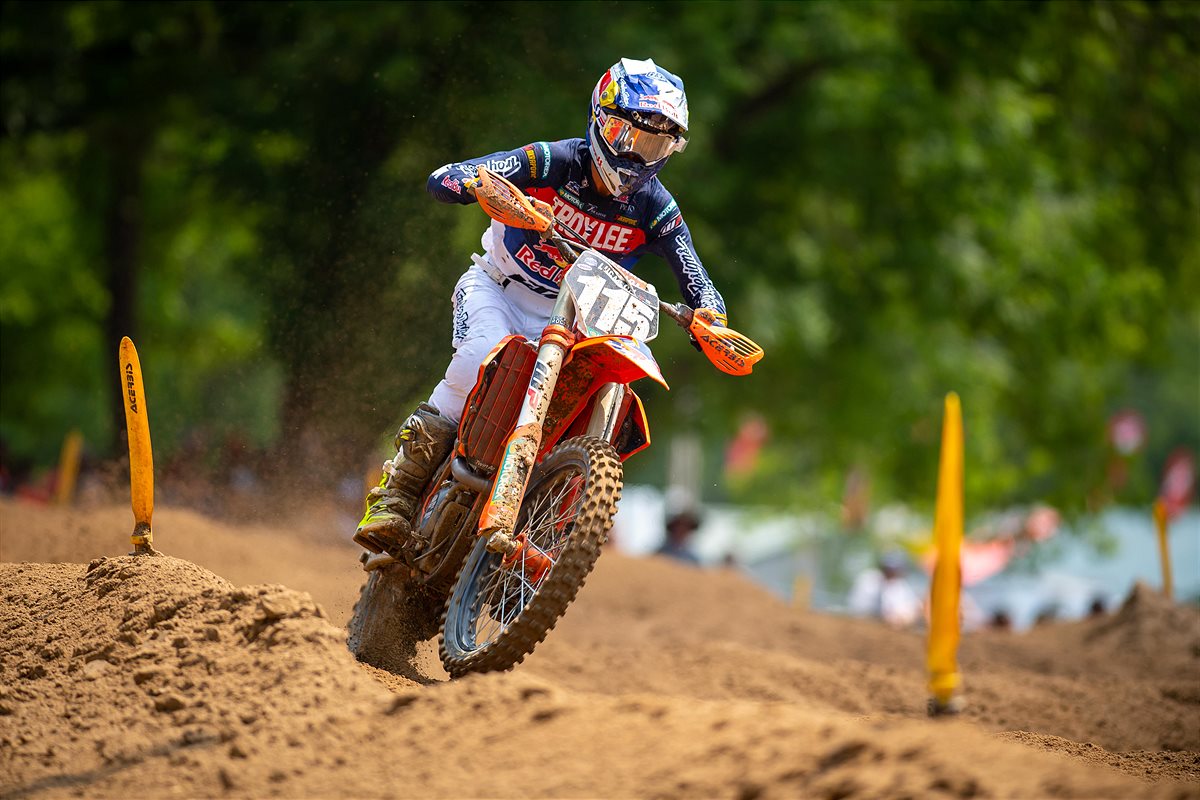 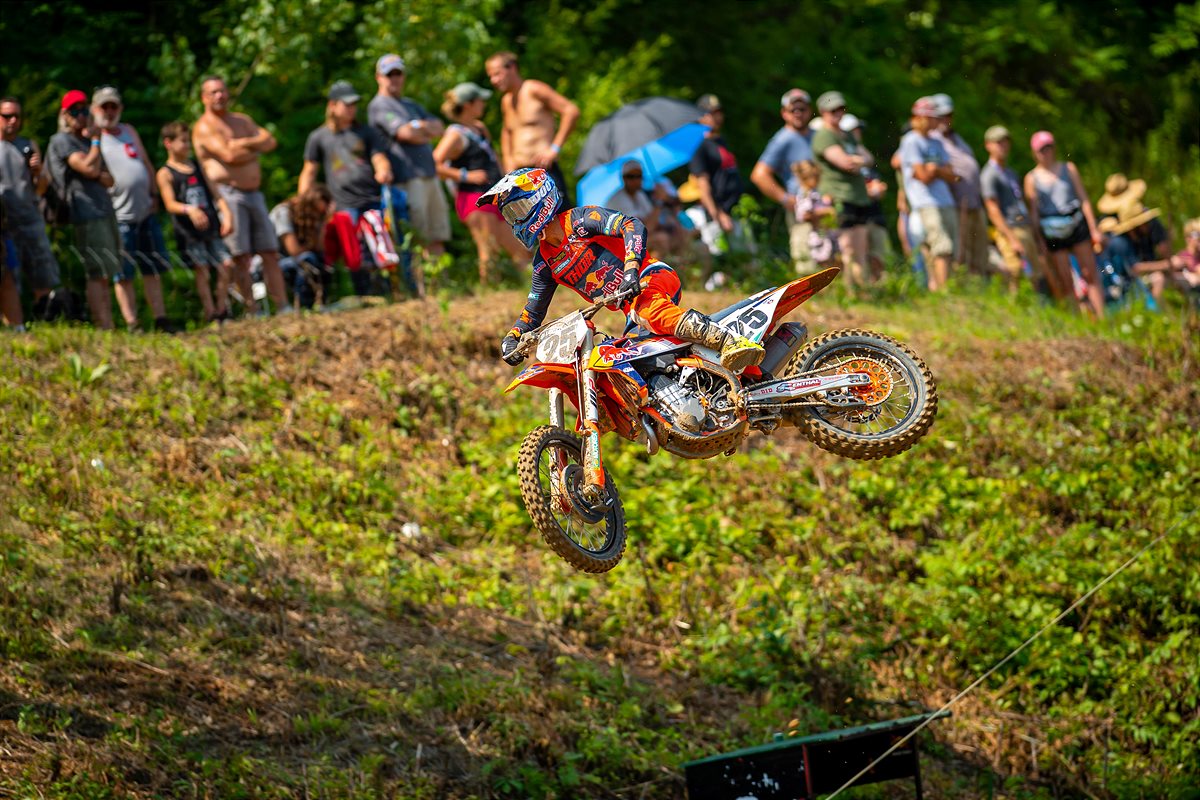