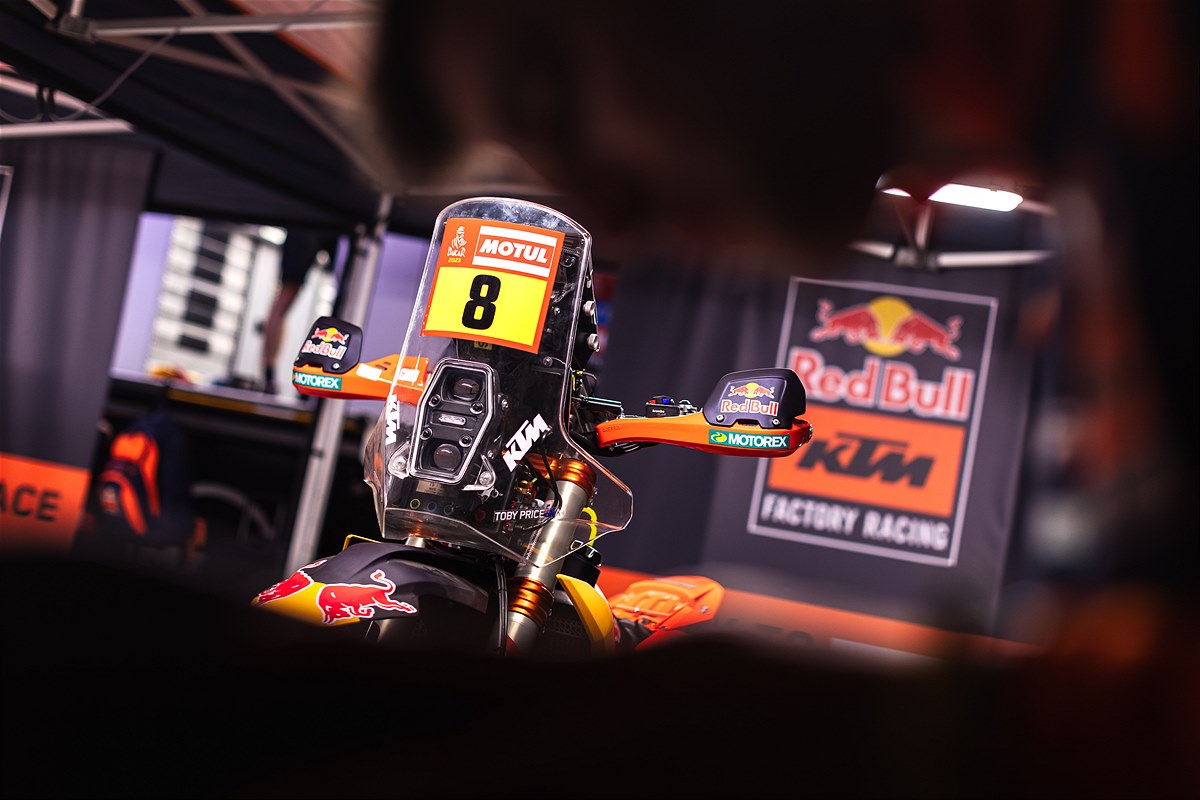 Red Bull KTM Factory Racing have completed the incredibly tough first week of racing at the 2023 Dakar Rally with all three riders lying inside the top 10 overall. Kevin Benavides sits as top KTM, a mere 13 seconds off the rally lead after well over 30 hours of racing. Toby Price is two minutes down on the leader in fourth, with Matthias Walkner placing 10th, despite suffering an injury to his wrist on day two. It's rest day at the Dakar, and while that means all competitors enjoy a well-earned break from the racing, the Red Bull KTM team are already focused on the final six stages of the event that take them to the finish line in Dammam on January 15. Riders have already experienced harsh weather, demanding terrain, and challenging navigation over the first week of racing. They have covered around 5,700 kilometers in total, yet despite that the top five are separated by less than three minutes!

Currently leading the way for Red Bull KTM in second overall, Kevin Benavides has delivered day after day of solid performances that have seen him drop no lower than fourth in the overall standings. It’s this consistency over the different terrain and conditions seen at this year’s event that have ensured he has stayed well in the fight for the podium places as the race enters its second week.

Kevin Benavides: “I am really happy with the first half of the rally. It’s been incredibly tough with many hours of racing, but also many hours riding the liaisons. The first eight days have been so hard, both physically and mentally. I think I’ve done a good job, riding smart but still with a good pace. Now I’m second in the overall just 13 seconds from Skyler (Howes) – it really is amazing just how close we are. I’m in a really good position to push for next week, it’s going to be more hard days for sure, but I’m ready to give it my all.”

Also putting in a strong, consistent performance over the first week, Toby Price has been quietly going about his business, ticking off each day as they come. A couple of crashes have knocked the Aussie slightly, but as tough as ever, Toby keeps on fighting. Less than two minutes from the lead, the two-time Dakar winner knows exactly what is needed over the next six days to claim victory.

Toby Price: “The first week has been good. It’s been a good consistent week in fact, which is what I set out to do – make rest day and then start to build up the pace on week two. Highlights so far have been my pace and good results without having any major problems. We’ve definitely seen a lot of ground so far this year, and a lot of rain! The bike has been great and I’m feeling good physically, so we’re well-placed to push for a podium now in the second week. The competition is still very close, and anything can happen as we all know, but I’m focused on doing my best.”

Keen to put in a strong performance on what is his ninth Dakar Rally, Matthias Walkner’s momentum was halted slightly with a big crash on stage two. Thankfully the Austrian star was able to continue despite being in a lot of pain, and steadily as the week progressed, Matthias’ pace improved. Lying in a highly commendable 10th place overall, The 2018 Dakar winner will now aim to continue his run of strong rides all the way to the finish next Sunday.

Matthias Walkner: “I’m super happy to have completed the first week here at Dakar. Of course the results are not quite what I wanted, but after my big crash on day two, I feel lucky to still be in the fight. There were a couple of points where I was tempted to stop, but I’m glad I fought through the pain and carried on. The pain knocked my pace and confidence a little, but over the last couple of days I’ve been able to increase my speed a bit and I’m feeling a lot more comfortable on the bike now. There are six long days left to go – I’m hoping for a lot of sand as that’s a little easier on my wrist. Things are really close, so I’ll keep on pushing as hard as I can to the finish.”

KTM-supported Mason Klein is flying at this year’s Dakar. Lying third, but on the exact same time as Kevin Benavides, the young American has demonstrated incredible speed and navigational skill over the course of the first week. A fuel issue cost the 21-year-old dearly on day four and resulted in him losing around 10 minutes, but Mason stayed focused, bounced back, and fought his way up to an excellent third overall at rest day.

Norbert Stadlbauer – Rally Team Manager: “The first week of racing was very hard – demanding, long, and with bad weather situations. But the KTM riders have battled through to be in the top positions for the second week. Unfortunately, Matthias’ crash on day two has made it very hard for him to climb his way into the top rankings. There is still a long way to go, and the Dakar is not over until it’s over, so he will keep on fighting. Kevin has been hugely consistent to put himself in second overall, just 13 seconds down. Toby has also show impressive speed and is in a good place to be able to attack for the win in the second week.” 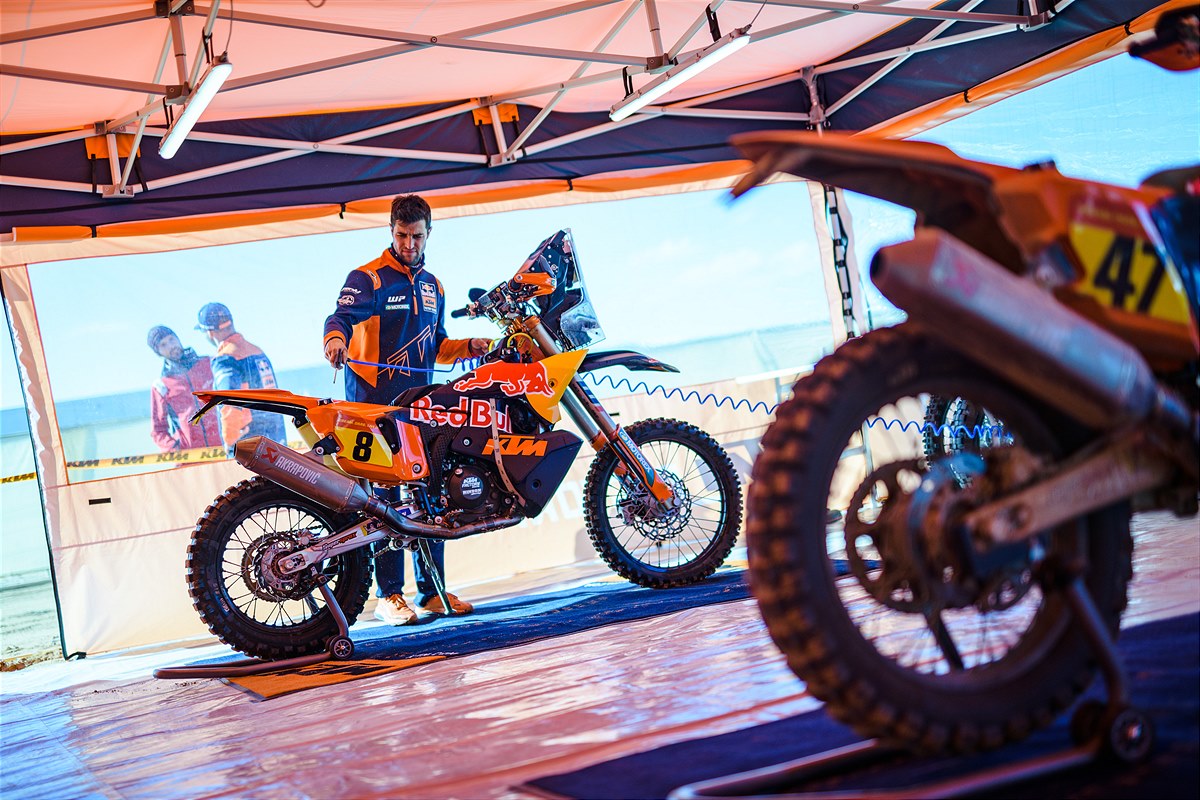 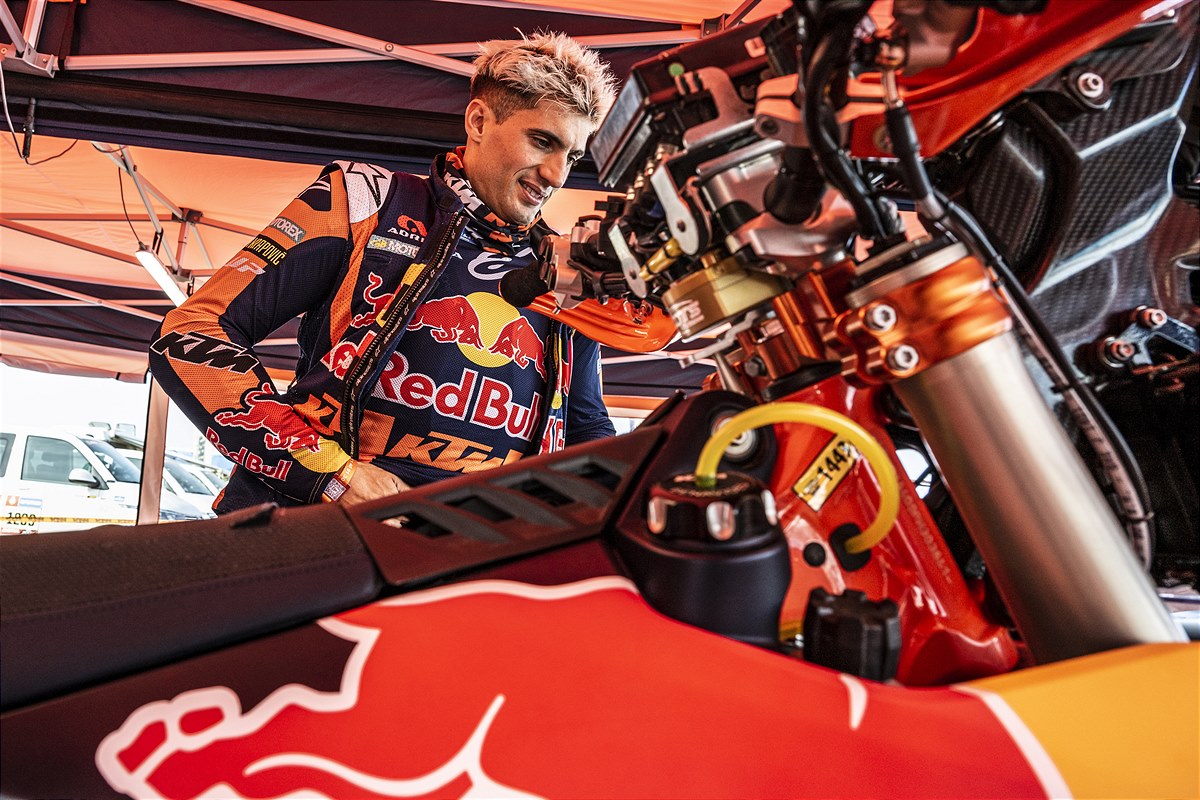 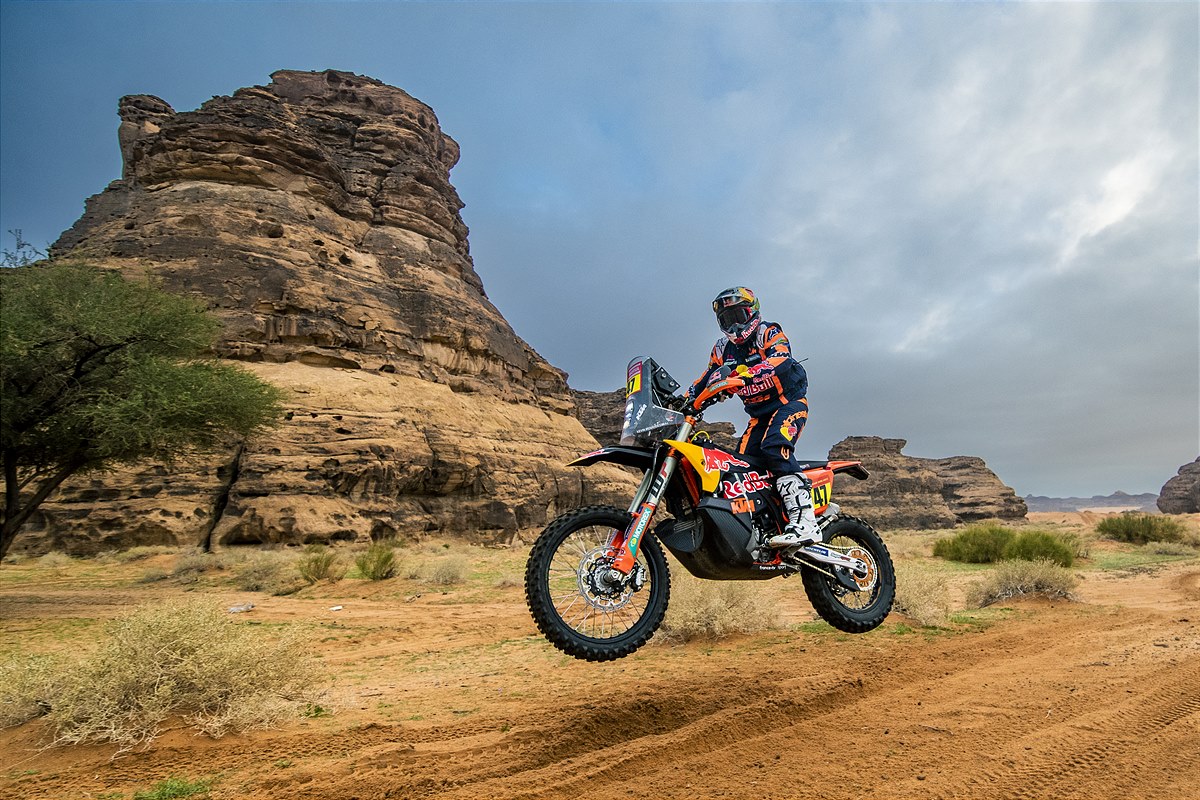 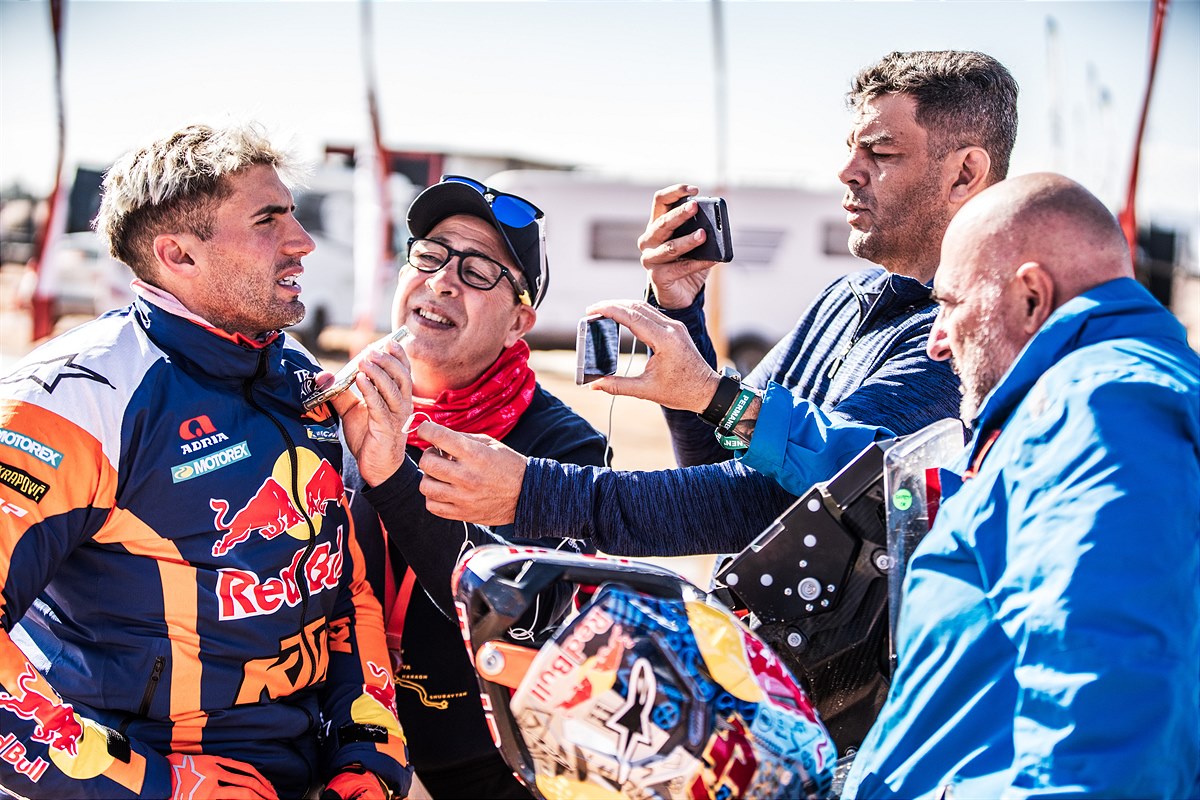 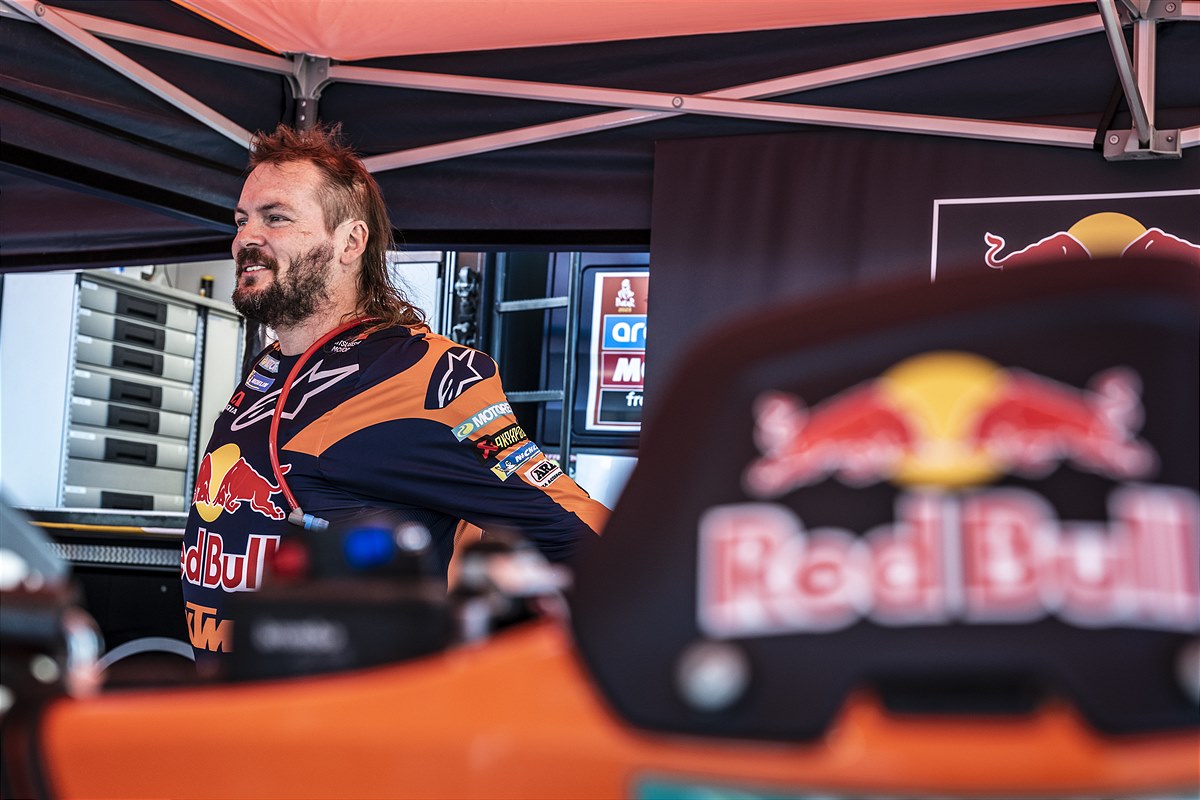 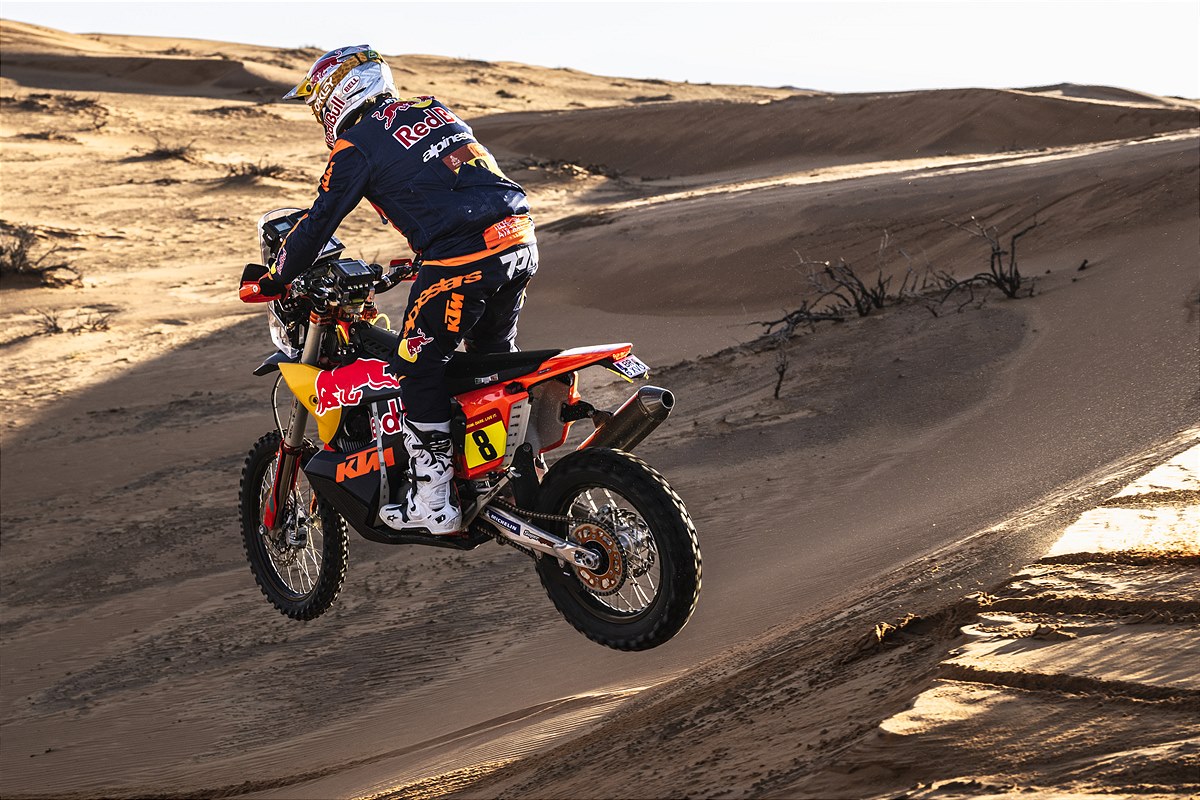 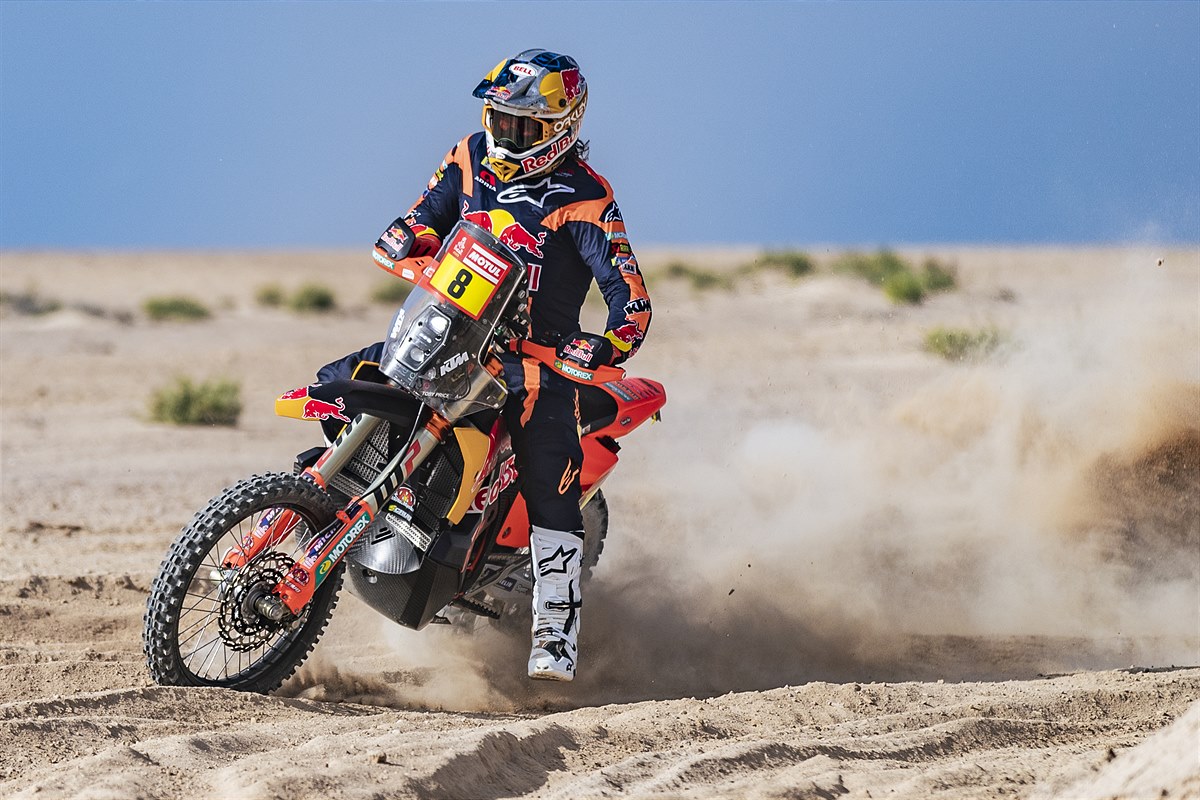 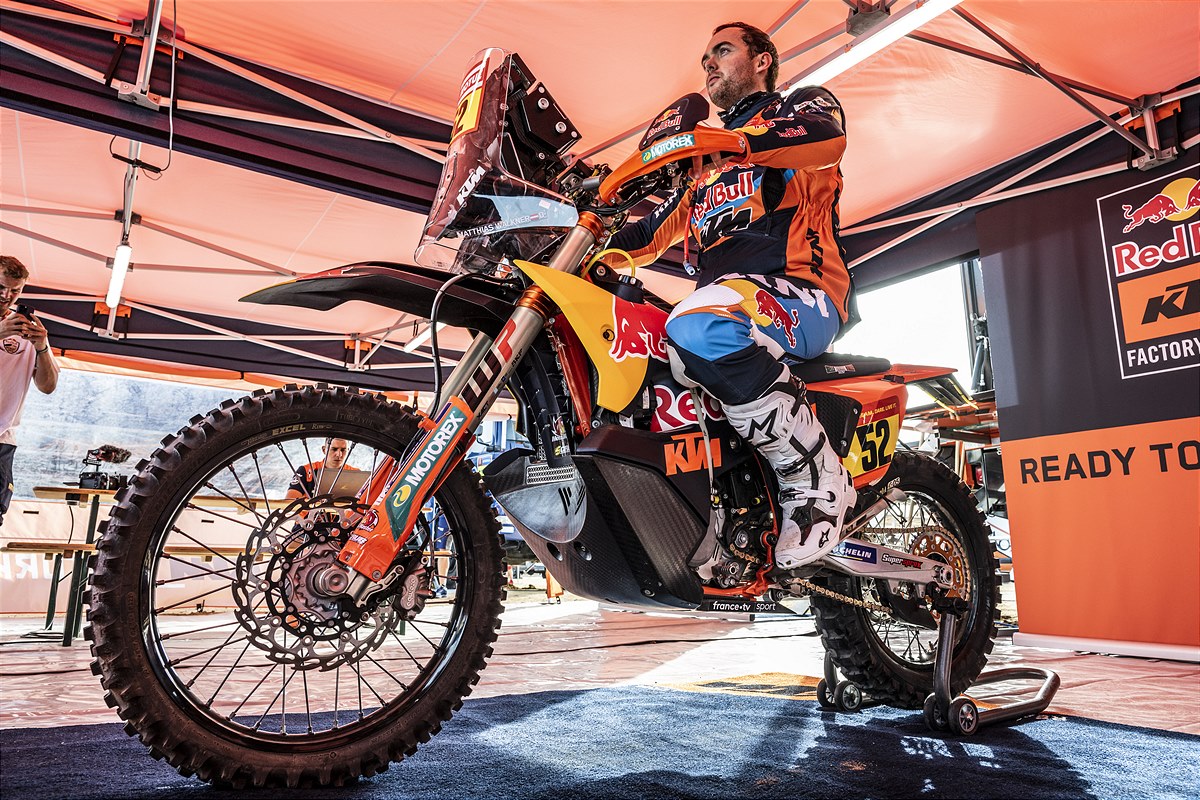 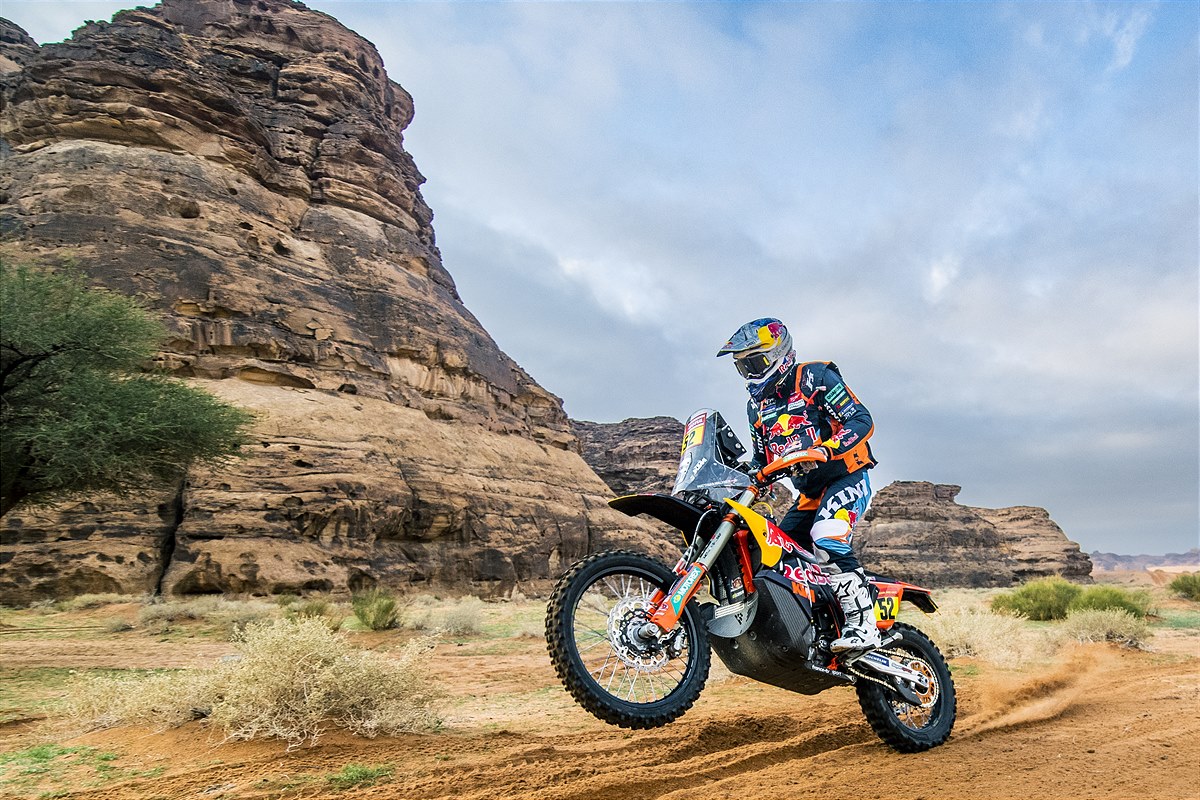