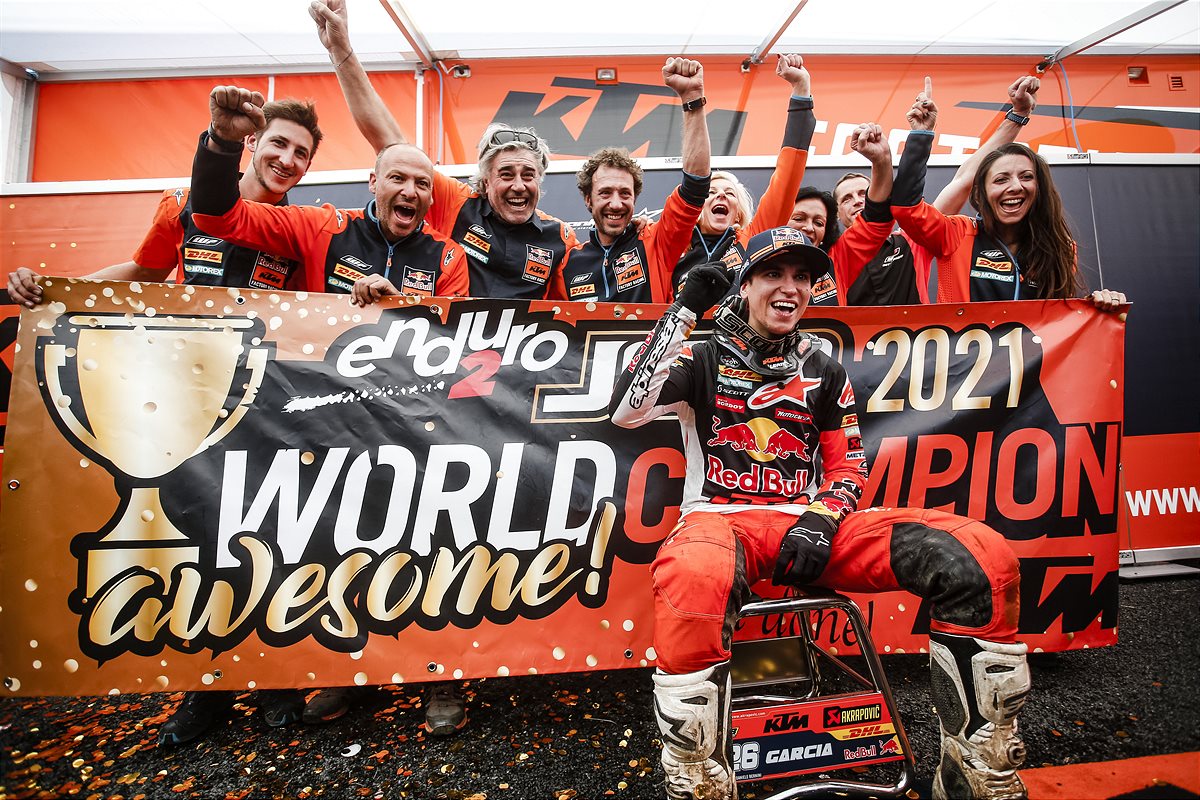 Red Bull KTM Factory Racing’s Josep Garcia has won the 2021 Enduro2 World Championship. Fighting hard through the nine special tests on day one in France, the KTM 350 EXC-F rider topped the E2 rankings, finishing close to 14 seconds ahead of his nearest rival. The result, and the 20 points earned, secured Garcia the E2 class crown with one day of racing remaining.

Coming into the sixth and final round of the series with a healthy 22-point lead in the E2 class standings following his exceptional performance at last weekend’s GP of Portugal, Josep Garcia knew that a solid ride on day one on French soil would net him the Enduro2 title. However, with the EnduroGP Championship also up for grabs, the young Spaniard gave his all.

Getting his GP of France off to a slightly shaky start, Josep fell twice during the Friday night Super Test before coming into the first cross test on Saturday morning very much looking to make amends. Winning the test outright, he then went on to demonstrate the exact same form that took him to the overall win at the International Six Days Enduro at the beginning of September.

At the close of racing in France, Garcia not only topped the Enduro2 category to secure the title, but also took the overall EnduroGP class win by just under three seconds. Now, with the E2 trophy in hand, the Red Bull KTM star will re-focus for day two and continue to chase the EnduroGP class championship victory.

Josep Garcia: “It’s been a perfect day for me. I’m so happy to win the title here in France. All day things were going through my head, but in the end, it was all good. To come back to the series after three years away and win the Enduro2 title is a dream come true. I had a good day today and did all I could by winning the overall, so I need to stay focused now for tomorrow and keep fighting right to the end.”

The 2021 FIM Enduro World Championship concludes with day two of the GP of France, on October 17.

Championship Standings (After Round 6, Day 1)