Click on the title to read the full article.

Click on the title to read the full article.

For UK orders we offer DPD as an alternative, and for International orders we ship by DHL which should not be affected.

Following its success in the European Junior E-Motocross Championship, the KTM SX-E 5 has become a very viable proposition for young mini-cross racers. With further acclaim given by Freestyle MX legend Robbie Maddison’s sons Kruz and Jagger – not to mention its everyday usability as demonstrated by Zoe Birch when exploring with dad Chris.These accolades [...]

Deals of the week!

DEALS OF THE WEEK KTM 890 ADVENTURE 2022 Limited Stock Available For Just £9,999*(RRP £11,449)The KTM 890 ADVENTURE takes the lightweight and sporty characteristics you'd expect from a KTM ADVENTURE motorcycle to deliver a supremely capable adventure tourer - both on and off the tarmac. Now with more engine grunt, improved handling, added suspension adjustability and rider-focussed [...]

Judd Racing will be closed on Bank Holiday Monday 29th August 2022. Orders can still be placed online at www.juddracing.com and will be processed when we re-open at 9am on Tuesday 30th August 2022.Have a great break, and stay safe!

Atacama Rally 2022 (CHIAfter a two-year Covid-forced hiatus, the Atacama Rally is back for 2022 and promises to deliver its traditional format of long, tough stages held in the arid Atacama Desert, close to the Pacific coast of Chile. The event will challenge riders with five looped stages, all leaving the rally bivouac based near [...]

MotoGP 2022 - Round 12 of 20, Silverstone - Qualification MIGUEL OLIVEIRA MOTOGP 2022 GBR QUALIFICATION © KTM Images/Polarity Photo2022 MotoGP™ re-fired with round twelve at Silverstone and Red Bull KTM Factory Racing immediately got down to work after the summer hiatus with Miguel Oliveira setting the 13th fastest lap ahead of Brad Binder in 14th. [...] 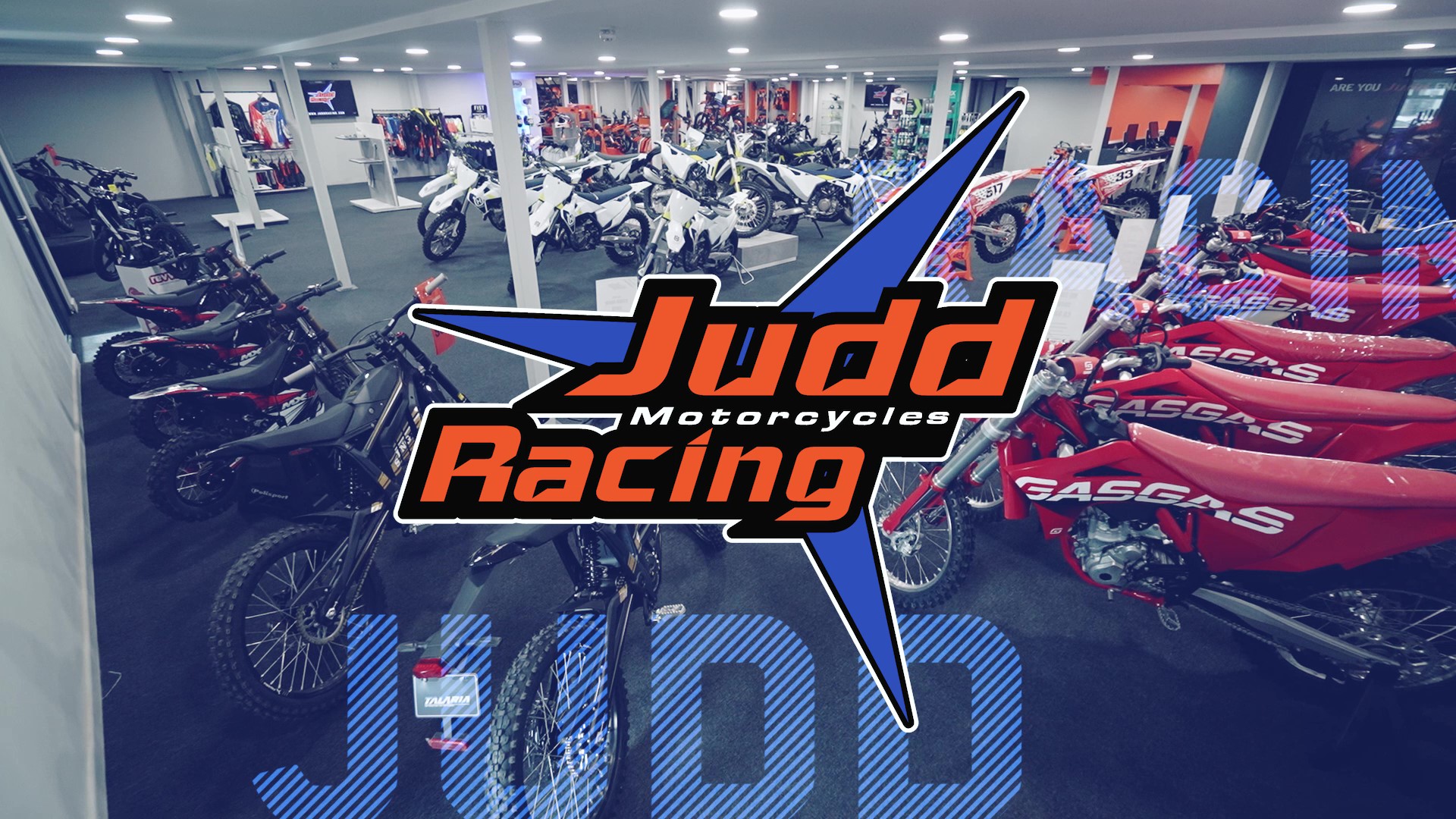 We celebrated the huge expansion of our showroom to more than double the size, along with becoming Official Motorcycle Dealers for Husqvarna, GasGas, Stark Varg, Talaria Sting & Oset bikes. That's in addition to being KTM Dealers! Yep, that's why we needed all this space!If you didn't get chance to get down on the day, [...]